A Stroll Down Memory Lane - Restaurants in Houston, Texas 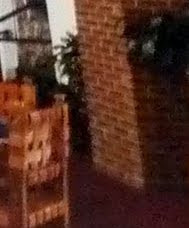 While looking for the TRA and Canirac logos recently to write a blog post, I sat and reviewed my life in the 80's and 90's when I was designing and building restaurants in Houston, Texas and elsewhere.

Each of these projects had a uniqueness that I thought I would share with you.  When I started, I never went to see what other designers were doing.  I wanted to be unique and use my vision of the appropriate decor based on the customer base to be attracted and the food to be served. 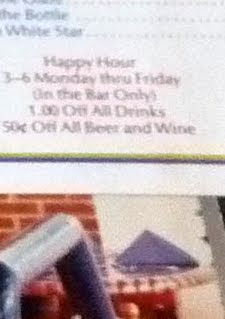 The very first restaurant, in the mid 80's was a place called Cyclone Anaya's.  It was named after a famous Mexican boxer.  He was well known in the Houston area.  The investors were Venezuelan but the operator and chef was the son of Cyclone Anaya.  The project came to me in a rather ironic way. 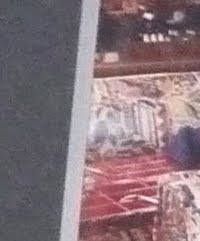 I served on the corporate board of a company who was investing in the project also.  They asked me to go and look at the space and determine if I could be of help.

I, of course, had spent much time in Mexico in the 70's and knew that the opportunity to get authentic furnishings and accessories made in the Guadalajara region was unlimited.

All of the furnishings, accessories, lighting and even the tiles and millwork all were imported for the project.  Believe it or not, few people were going to Mexico and having things made for restaurants at that time.  This project was seen by the CEO of El Chico Corporation, a large Tex-Mex restaurant chain. This led to my next project.

This is the "after" picture taken on 610 at San Felipe of what many described as an outrageous building.  I was influenced by the colors of Mexico.  The cantera, and most of the building materials along with furnishings and accessories were all imported from Mexico on this project as well.

THIS is what it looked like "before".  Startlingly different.  I suggested also that they have a bus to pick people up at the multitude of hotels in the Galleria area so they could be transported to the restaurant.  THAT bus was a huge hit!

At the time, in the late 80's no one was using murals in restaurants!  The manager who had been with El Chico forever and was not happy about the redesign referred to this mural as the "Big Bird mural".

The restaurant, besides serving delicious food, also was used over and over for photo shoots. The success of this project, capital expenditure repaid in four months by the increase in sales, led to my designing and redesigning restaurants for El Chico in thirteen locations.

The redesign took the restaurant from an average ticket of $3.50 per person to close to $10 per person in sales~!

Then a couple came to me to discuss a location that had had five different restaurants in it that had all failed.  It was at the corner of Westheimer and Fondren, but was hidden by a Shell service station and hard to find.  I truly spent two hours thinking I was talking this couple out of (a) getting in the restaurant business, and (b) definitely not being in business at this location.  They came back to me about a month later.  They had leased that location and wanted me to design a combination British pub and Mexican cantina under one roof.

I knew two things had to happen.  The outdoor signage had to be as big as the law would allow.  And, it had to say FUN.  We won many awards for the sign.  The interior, to tell you the truth, I did on the cheap because I doubted they would survive.

Well, it was so funky and different and fun that it was a hit!  People talked about it.  They jammed it to dance salsa, rumba and whatever else.  Oh my, that couple made a lot of money in the over twenty years they were in business.  Much to my surprise.

By this time, I had designed so many Tex-Mex restaurants that people were teasingly referring to me as the "Queso Queen".  Tex Mex was hot and I was doing design work all over the place.  At one point I had trucks from Mexico going to Atlanta at the rate of one a month for about six months!  This was the late 80's when the bottom had definitely dropped out in Houston.  I was lucky.

I always liked projects that were a challenge.  This rendering above is of one of the most challenging projects ever designed by me.  It was an elevator shaft space, very narrow and long.  If memory serves me correctly, the space was only nine feet wide and about sixteen to eighteen feet long..

It was a project for the University of Houston Hilton College of Hotel and Restaurant Management.  An alumni, Fred Parks, had donated his extensive wine collection to the University.  They needed a place to display it along with a space for small gatherings and talks about wine!

The above photo shows what it looked like before and after.

The budget was low.  The space was small.  It needed to be able to be used for many different functions.  I called it my "smoke and mirrors" project.  It was very illusionary.  The mirrors on one wall expanded the space.  A faux painting of the formerly red door in the back gave the illusion of wine racks across the back to also give the illusion of expanded width.

Up above in one of the photos, you can see a column with a floral arrangement placed on it.  That is actually a sonatube that was uplighted and prepped with materials to look like stone.  In actuality, a sonatube is used in road construction for the pouring of concrete for structural beams.  The sonatubes cost very few dollars.  Another illusion.

To answer your question, "Was the space used much?"  According to the person who hired me to do the project, it was the hit of the tour for prospective donors, alumni, dignateries and the like.  The budget on that project was about the cost of a residential bathroom remodel.  Not much.

It was one of my favorite ones though.  It shows that good design doesn't have to cost a lot of money.  Something I always tried to prove to my clients.

These are just four of well over a hundred projects completed by me and the team over twenty years.
It was a great time in my life.  It was amazing fun, lots of responsibility, long hours and good pay.

I haven't talked about this in a long time and very, very few people in San Miguel have any idea of what I did in my previous life.

It was another "season"!

Aren't these trips through our past fun? They help me remind me of things I have forgotten. But also to make me appreciate where I am in my life right now. We have all had an interesting ride.

I love this post. Boy, you sure have the gift!!

Thanks for sharing!!
maria luz

Well, interesting. You started this. I'm usually NOT looking back but forward.....

Thanks Maria Luz, I appreciate your compliment.

Wow Barbara, what a fabulous career you've had. So much talent! It must be very gratifying to move on, but be able to look back and know how much you've accomplished.

Thanks Shannon. It started as a means to an end. To take care of my three kids and have money for their needs.
I think of my greatest achievement as raising a kind, compassionate, loving group of kids - Jennifer, John and Julie!

I just ran across your blog. What I like about your blog s the pictoral memories you are creating. My father just moved in with me a few weeks ago. Sadly he has dementia.

He was never one to spend time with family. Now that I have him, I am trying to dig up memories. Things only he knows, since all but one sibling is gone. The other is much younger and doesn't have the memories. It's very sad.

Hi Barbara - If it were me, I'd get a tape recorder and record as much as he wants to talk about. Read the post I did recently called "Listening is an Act of Love". It's a book and a project of documenting the past.........

Dear Barbara
Old is always gold! We guys should learn from our past experience what Barbara explained, we should appreciate her memory of thinking ,creativity knowledge how this guys memorize and presents her work experience in real life starting from 70’s & 80’s. The most informative part of this article is Cantera architectural
Designing which makes this blog author more attractive towards .Thank you so much for sharing such a beautiful lesson…

rddnyarch said...
This comment has been removed by a blog administrator.
1:24 PM