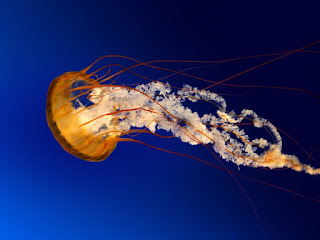 Well I wish I could say it was something I had always dreamed of - or had a nightmare about.
The latter would be right on.  I was "hacked" last night.  I'm amazed as my password was so difficult, even I had to write it down somewhere where no other human would find it........except me.

So today, the only thing I knew to do was to change my password to something equally difficult.  And, again to hide that password.

Then my computer savvy daughter called and said it probably came from me looking at videos people post on Facebook.  Huh?  I don't get the connection but I believe her because she KNOWS.

So, I've done the same thing with Facebook, changed it.  It would take a rocket scientist, a Nasa engineer or any 13 year old computer savvy kid, probably, to figure this one out also.  Hopefully not.

Pretty good track record though.  I've had computers for over 20 years and this is the first, and hopefully the last "hack".

The other good thing is I know of 71 email addresses that are no longer valid because those all came back!  One of these days, when I'm absolutely bored out of my mind, I'll delete those 71 addresses.
Don't hold your breath, however.

On a different topic, I was at the Tuesday market today looking for Christmas things.  I found a little dog that barks and has a cute little hat on along with his legs moving for 45 pesos - about 3.60US.  I found other things I wasn't looking for, but were too cute to pass up.

In one instance when I found a ton of stuff on one table, I had misread the sign above the table.  When the man told me how much my nine items were I thought it was closer to 200 pesos and handed him 2 100 peso notes.  I had misread the sign.  Each item was only 10 pesos - about 80 cents each.  He handed back to me one of the 100 pesos notes.  If he hadn't, I wouldn't have known the difference and he would have made more money.  Contrary to the stereotype of Mexico, I find the people to be extremely honest...........and more then courteous.

A memory comes to mind while in Puerto Vallarta about 20 years ago.  I had wanted an ankle bracelet.  The boyfriend at the time and I had spent the afternoon drinking run and having fun.  When I mentioned that I wanted to get an ankle bracelet before we left PV, off we went to a jewelry store.  I
found one, the jeweler put it on my ankle and I paid.  Off we went again, weaving down the street, sorta.
Then I heard "Senora, Senora".  It was the jeweler.  He realized I had given him too much money and he was coming after me down the street to give me my change.............

Those two great experiences make things like getting hacked, irrelevant in my mind!

That same "hack" came in from other sources also. One even came in from an IT computer experts email which is the last place I would have figured. Such is the internut.

That's the problem. What can I do to prevent it again? my daughter said don't watch any videos on the internet. Really?

If it appeared that you sent mail to a bunch of people but you didn't sent it ... it could be someone got ahold of an email that wasn't using BCC (Blind Carbon Copy). They can fake the originators address but when you look at 'full header' it originates elsewhere. Good idea to use BCC when sending to a number of people. They might also get your email from Yahoo groups

Thanks Sparks. The returned email addresses were all individual so they got into my contacts file!

Yes, I use BCC but seldom send emails to a lot of people

Geez, its like someone is "lurking over my shoulder" Creepy......

I agree, it is creepy. I wish I understood the whole process better. Todd tries to explain it to me but most of it goes over my head. I'm absolutely paranoid on my computer.

I too have had several experiences with overpaying here in Mexico and have been reimbursed. When I first got here the most difficult thing for me was money. A sales lady in Patzcuaro once gave me back a 200 peso bill when she had only asked for 20 pesos. She carefully went over all the denominations with me so it wouldn't happen again. Of course it did, but she was wonderful.