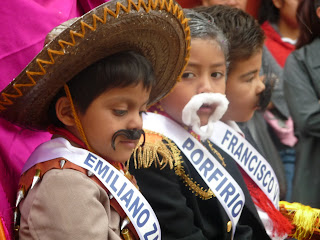 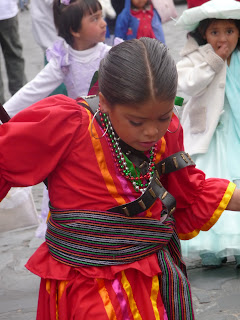 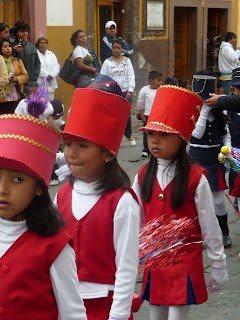 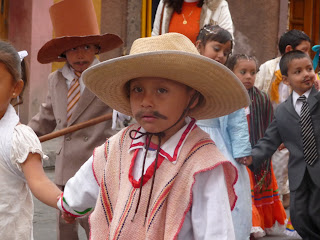 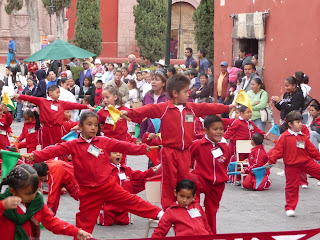 Yes, Independence Day is September 16th, but the celebrations started at the beginning of the month here. Independence Day in Mexico is like the USA's 4th of July and New Year's Eve all rolled into one. There are fireworks, marathoners running through town, dancing, music, bull fights. You name it. It happens in honor of the Independence of Mexico.

On September 15th, El Grito will be read and proclaimed from the balcony of Allende's home which is now a museum. It is located overlooking the jardin. The jardin and surrounding streets and balconies will be STUFFED with people. I do mean LOTS of people. After all, the fight for independence actually started in San Miguel in 1810.

There will be many nationals from all over the country pouring in here. Probably starting tonight. I'm already seeing license plates from all over!

The event that I still enjoy the most of all, is the children's parade. You can't possibly stand and watch it and not smile. The ingenuity of the parents in making the costumes. The kids enjoying walking the long parade route. And the fact that the "powers that be" manage to keep all those little tykes together in some semblance of order. Delightful.

I can hardly wait until Matilda and Sebastian are old enough to march in these parades. A beaming Grammy I will be.

I'll be on the road heading north on Friday, "o dark thirty" about 7:30AM, so I won't see the parade Friday. But I've seen all the rest of it, other then the Grito, already. Year after year after year.

Hey Barb. These photos are Revolution Day photos (Nov 20), not Independence day photos. Oh-oh, you must be mixing your apples with your cranberries again :)

Oopsy daisy, you are right. The date on the photos is Oct 21st so they must have had the parade early that year!
Ha, oh well, there is a kids parade and I'll try to dig the right photos up - and repost. BUT, don't count on it.......