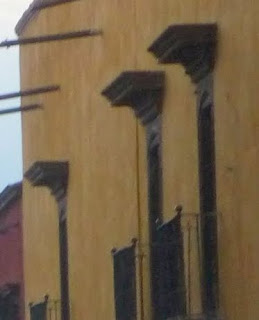 I remember the Cuban Missle crisis as though it happened yesterday.  I'll tell you why.  It was the first time that our car was stopped and searched entering England AFB located on the outskirts of Alexandria, Louisiana.  It was the first time I ever saw guns with bayonets on the front of them.  All I was doing, at 20 years of age, was driving my husband to work on the base.

He was a paramedic in a Tactical Air Squadron.  He worked at the base hospital.

We had a newborn little girl, Jennifer, nine months old  She was in the car also.

After dropping my husband off at the hospital, I turned around and headed off base where the car was thoroughly searched again.  To say I was rattled would be an understatement.

That night when my husband got a ride home, he said he had to leave.  He didn't know where he was going but that the Russians had missles pointed at the US and that they were on  high alert.

That was serious enough.  But then he said, "All families are being told to have an evacuation plan to leave here and go somewhere where the missles probably won't strike".  I'll never forget my reaction.

Where in the world would that be?  He said we had to determine a place so if there was a war on American soil that he would know where to find me when it was over because there might not be any possibility of phone service.  WOW.

Talk about a sobering thought.  He packed his duffle bag.  Got a ride with a fellow serviceman, kissed me and our daughter goodbye and left.  We had determined that if I needed to evacuate that I would go to a very small town in northwestern Louisiana where some distant relatives lived.

I don't know how many days he was gone.  It seemed like forever.  Of course in those days, news didn't travel fast like today.  It was a very terrifying time.

Needless to say, I, everyone in the USA and probably most people in the world were glad when the Russians and Cubans backed down.

I was darn young then.  Even so, I certainly realized the consequences.  It was a wonderful day when my husband came home.

Where were you?  What are your memories?

I was 15 years old, in Chicago, and scared sh*tless. I had my knapsack packed and my bicycle ready to flee...to where, I had no idea. The Parrish priest told us during mass that if the bombs fell on us at least fifty percent of us would wake up in Hell. Everybody went to confession! There were long lines. "Duck and Cover...my ass!!!

I was nine. The only memory I really have is our elderly babysitter scaring the heck out of us telling us Russia was going to launch missiles at the U.S. and that the main target would be Kansas -- the bread basket of the United States. I even remember her taking us to the basement (as if that would protect us). (I'm laughing when I shouldn't be, but I also had frightened friends from my home state tell me the same type thing after 9/11. Somehow, I don't envision Osama Bin Laden going after the wheat field.)

Wow Bob - Interesting. I always loved how the nuns and priests gave us doses of reality- sometimes on a daily basis!

Beck - I do remember in grammar school doing those drills where we sat in the hall and covered our heads. Or got under our desk! I never felt the need for that in either situation - Cuban Missle Crisis or 9/11. It did take some of our innocence however.

I was in the second grade at the time and I have vague fuzzy memories of my parents sitting in front of the TV, watching the news and discussing the situation, but I really didn't understand. I remember seeing on TV, that children in the States being were being told to hide under their desks. I didn't really understand that either. I thought "if the building fell down, wouldn't you just have a building AND a desk on top of you?"

I was ten; I won't say the adults weren't concerned but there was no visible hand wringing amongst them. Dad worked at the local air patch and Boeing was next door. We would have been toast. Couldn't run to the family in the southeast corner of Kansas because it would have been toast with the Army Ammunition plant in Parsons.

We played the hide-under-the-desk thing at school also; which we kids thought was pretty dumb because the outside wall of our classroom was glass. I guess ten-year-olds discuss the logistics of flying glass and radiation exposure evidently was enough to get us moved to the fraidy-hole under the bleachers in the gym for the rest of the drills.

Life's a Beach, I had to chuckle at wheat field thing. The targets in Kansas are/were: McConnell AFB, Boeing/aircraft plants, El Dorado/refineries, Fort Leavenworth, Fort Riley, and the munitions plant in Parsons plus all the missile silos.

I'm LOVING that ya'll are telling these stories. Thanks.
Geez Judy, I would have thought Kansas would rank right up there with South Dakota in a non-target area. Great info.

I was a teenager living in Southern California and I was going to head for Mexico on my motorcycle.
In those days everyone ran to Mexico if they had problems.

For some reason, the schools in Oregon I attended never bothered with duck and cover drills. I never heard of them until I was in college.

As for the missile crisis, I was a newspaper delivery boy at the time and was fascinated with the news I delivered each morning that October. I still remember Stevenson, at the United Nations, standing next to a U-2 photograph of the Red Russian missiles in Cuba.

But I do not remember anyone being afraid. Maybe because we knew we were not very high on anyone's target list.

Rick, Mexico wasn't even on my radar back then. I did however think of that after 9/11 - in fact I had found these houses in August prior to 9/11!

Steve - I had forgotten about Adlai Stevenson on TV. Thanks for reminding me.

I was in grade school and had gone home for lunch. When I got back to the playground one of my classmates came running out to meet me shouting that there was going to be a nuclear war. All I remember doing is just looking at him and saying, "Oh, there is not." We then went to join our classmates in a dodgeball game.

Babs, North and South Dakota had/have missile silos and AFBs, if I remember right, so they weren't immune either. Wonder if they played the hide-under-the-desk silliness?

Irene - Love that you were so matter-of-fact about the whole thing. Sometimes we're better off NOT knowing all the news, I think.

Geez, Judy, it would be interesting to know what would have been their "targets".

10I was born in Alexandria. My parents had just moved there from New Orleans. Of course, I don't remember it at all but I do remember when Kennedy was shot. Actually, what I remember is my mother in the tub crying. I asked her what was wrong and she told me.

Were you born at St. Francis Cabrini Hospital? Yes, I remember Kennedy being shot as well. In fact, exactly what I was doing and everything. I'm sure all of us do!