The Titanic, Reincarnation and Gorilla Glue 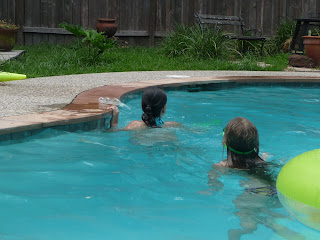 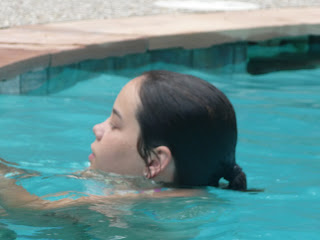 Lolling in the pool while in Houston visiting family, my adorable and smart ten year old granddaughter Emma was regaling me with details about the Titanic. This young lady knows the most minute details about the ship, its passengers, the water temperature. You name it, she knows it. She has been fascinated for about five years about it and that means she was only five years old when this started.

Hence, my theory of reincarnation. So while laying on a float, I broached the subject to her. She was very interested and she had her own theories about who she was and how she got back here as Emma. Adorable. She GOT it!

Then I asked if she wanted to go on a cruise. An emphatic "No!" was her answer. Hmmm, I was surprised so asked why not.
Her answer, "the anchor". So I asked her what she meant. She obviously, since she had checked out of the school and public library over these five years every book on the Titanic, knew something that I didn't know.

Well, she said, "The anchor was always attached to the side". "Yes", I responded, really interested now. And then she said, with perplexity, "I've never figured out Grammy how they got that anchor to stay up there. That was so long ago and it was before they had gorilla glue".

Ahh, out of the mouths of babes.

The conversation went on with an explanation by me of the chains and wenches etc. and she felt better. But I was savoring that precious comment about the gorilla glue. To me it showed that she had really tried to figure it all out.

Grandkids know so much more than we did at any age! Isn't it marvelous!