NO "Real" Trees for Christmas

There was a scramble around San Miguel this year while people looked for cut Christmas trees to put up for Christmas.  In the last few years, La Comer, a huge grocery store owned by Soriana had had trees, but, alas not REAL ones this year.

It brought back the memory of my first year here when I could not only not find a tree, but not even a bough of pine to use for decorating.  Christmas trees in homes was not traditional, only the Nativity was decorated and displayed.

The ex-pats who have moved in want a tree as I did my first year.  I now use a little faux tree purchased at Walgreen's twenty years ago.  It is just big enough to carry easily and to display the precious ornaments sent by family or made by the children over the years.  No lights or tinsel.  I have not seen tinsel since I left the USA.

My son, John and the children, were among those who spent the better part of a day not only going to the grocery stores but also to the nurseries to see if they could find a tree.  Nada.  Bodega Aurrerea had faux ones and that is what they got and they put up. 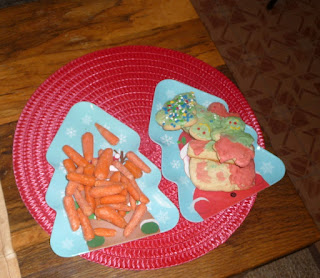 If Santa and the reindeers had this much food left for them at every house, that would explain why Santa is a "jolly" old self.  All was gone on Christmas morning. 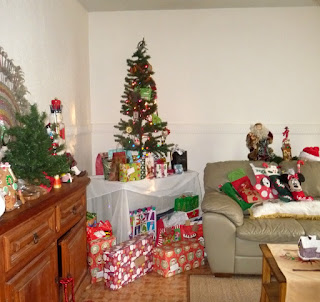 Here is the "faux" tree with presents underneath.  And, the stockings to the right!  John just had the house repainted, hence no art work on the walls as yet.  It really makes the Christmas things stand out! 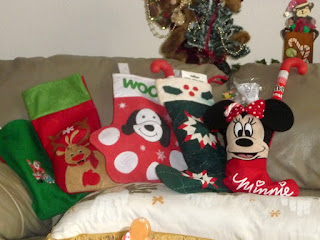 Goodies in the stockings.  Chocolate marshmallow Santas!  Pez, Hershey kisses and more stuff.  A veritable feast of sweets.  One of "Santa's helpers" brought all the candy from the USA as we don't have most of those candies in Mexico with Christmas wrapping on it. 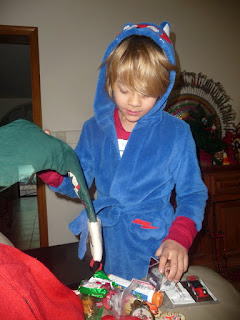 Here is Seb trying to decide what he is going to eat first.......and believe me, he did eat a lot of it, even before Christmas dinner.  Oh, the marshmallow Santa, he gave to Grammy.  YUM. 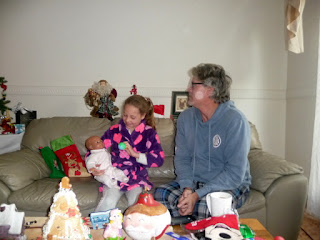 There were even presents for "pink baby". Matilda's doll she has had for years and years.  Mati got a hair dryer, a makeup mirror, clothes for Pink Baby and a Barbie.  A happy girl. 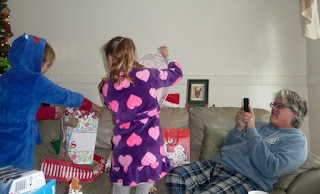 Seb got a bazillion Legos, literally, a new Hot Wheels track with a volcano and a toy to put together that was a boat with a trailer and a police car.  That kid is a whiz at assembling things, truly. 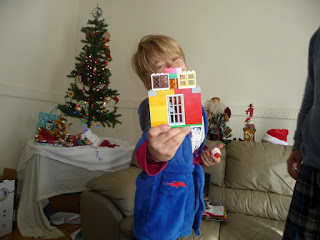 He moved on to the Legos and created a jail while Matilda created a palace with all kinds of rooms. 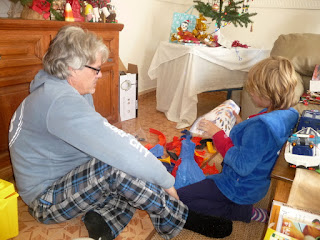 Here are John and Seb assembling the Hot Wheels track.  Of course, they got it together. 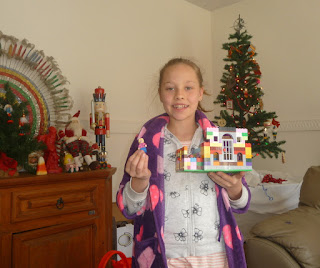 Meanwhile, Matilda created this amazing Lego palace.  Life is good and the kids had fun. 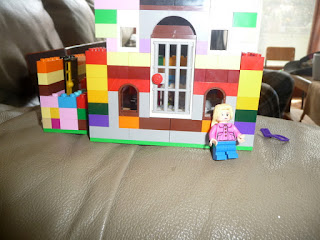