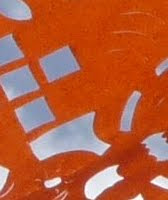 I've had time to let all that has happened since I began the process to get a new visa roll around in my head.  I've thought and thought about what possessed the officials in the Mexican government to make the choice to raise the requirements for residency so drastically.  It didn't make sense to begin with, but, after much ruminating, here are a few of my thoughts.  Whether they are valid or not, remains to be seen.

Since I first came to Mexico forty years ago, it has always been apparent to me that most Mexicans believe that we ex-pats are wealthy.  To some extent, that is justified.  In 1972 I don't know what the average annual income was but I know about 15 years ago, it was $2500 US per year!  Then as the emerging middle class began to happen, in great part because of NAFTA, the most recent figure I have seen for average annual income is $11,000 US per year.  With our annual incomes, even after retirement, in most instances is higher then that.

Mexican politicans are fully aware of the number of "baby boomers" that are now retiring on a daily basis.  The numbers excite the real estate industry, but, possibly not the government.

You see, in Mexico, at the present time, I, as a temporary resident, can sign up for a card that gives me discounts on meds, my water bill, entrance to museums and parks, 1/2 price bus and airfare tickets.  It is for older folks.  You don't have to prove anything other then residency.  Add to that that one can sign up for IMSS, the medical healthcare program and Seguro Popular which is for the poorest of the poor for emergency room and other medical services without having to pay.  IMSS has more stipulations but still only costs about $300 a year.

My wonder is if possibly the officials have concern that people without adequate income would cause their systems to fall apart.  Just a thought.

Of course all they would have to do is not make those services available to ex-pats.

The other interesting thing that is coming out of the new immigration laws is the need to prove that the value of your home here in Mexico is at or above $195,000US, I believe from what I've read.  Most people here, when buying a house, have a very low valuation on their property.  A friend has a 5000 sq ft house here, but due to the valuation, pays $ 105 US per year in taxes.  Now, if people have to put the real value on the house, it is a backhanded way to raise the property values and the taxes.

It has all caused a HUGE stir. Whereas in the past, conversations were about who bought a house, who is looking for furnishings, where someone is going on a trip.  Now the conversation is on the subject of whether people are going to be able to stay in Mexico.

Because renting is so much cheaper in Mexico then paying full price in cash for a house, many people in San Miguel rent.  I am one of them.  I never could figure out how having a dead asset was an advantage.  You can't borrow against the property and in many, many instances people here who did buy and wanted to leave could not sell their property for what they paid for it.  That continues to happen to this day.

It remains to be seen what the outcome will be.  Thank goodness I don't have to prove income now for another four years.  Hopefully all of these issues will have been resolved. That is, IF I'm still alive and in Mexico!

It will straighten itself out ;-)

The flexible will not be broken.

You may be correct about the reasons for the financial requirement revisions. I am just going to ride the crest of the wave.

Sounds like a GOOD plan. Besides, you have resources. I have two friends here selling everything to return to the US as they have been living here on less then $1000 a month. Believe it or not, many women have no social security!

It looks like my wife and I will not make the requirement for income. So we will have to stay in Florida and pay much more to live. This is going to have a long term negative effect on Mexico vis-a-vis income from expats. Perhaps they will loosen their stance when they find they are loosing money. Until then, it's hello from Florida. Perhaps, there's an element of revenge at work here in response to the U.S. stand against Mexicans working in the states. Either way, it's a shame because both countries need each other in a number of ways.

Most US citizens feel that they are important to the economy of Mexico. But we don't number enough to make a difference. Sorry to disappoint you.

We do buy groceries, gasoline, etc. but in the scheme of things, with the low tax base, they bring in WAY MORE money from oil, remittances and tourism.

Give it time, it may shake out in your favor. We'll see. Believe it or not, revenge is NOT part of the Mexican psyche as it is in the U.S. It is very much a "live and let live" country.

Mexicans are not crossing north much any more because the economy of Mx. is stronger then the US. It won't be long and many of those Mexicans in the USA will be coming home. Many already are and finding good jobs.

At lunch today we were talking about the fact that 11 years ago there were very few cars made in Mx. Now you can hardly find a mfgr. who isn't in Mexico. Add aerospace to that and there is lots of work!

DO Stay in touch. Thanks for writing.

The expats who make less than the amount required by INM can be a significant financial drain upon this country by using services that were designed for its citizens. Seguro Popular was designed as a safety net for those who have no other medical resources -- not for gringos who could use Medicare and Medicaid in their own country. The nominal amount expats pay to join IMSS doesn't begin to pay the full costs of its services. Expats who engage in remunerative activity in this country without the necessary permits not only are not paying taxes to Mexico, but they're also taking opportunities away from Mexicans. Mexico has been subsidizing foreigners for many, many years.

Jennifer your comments are interesting. Yes, people could attempt to get back to the USA, if they haven't had a heart attack or stroke. However, that is the prevalent condition I've seen happen here causing people to have to pay since they weren't part of IMSS.
There should be some kind of grandfathering for people who have been here for over 15 years and have now aged to the point where they are totally dependant on their social security or little savings. This is THEIR home.
As far as people working here without the proper permits, I agree. However many countries gratefully acknowledge the skills of ex-pats that are not taught in the schools in Mexico and could be extremely helpful in the future development of this country and others........

One last thought. If the 110 NGO's shut down here, the government would be in a world of hurt. 4000 children in the campo are fed daily by Feed the Hungry. Patronato provides free medical and dental care too. The list goes on and on. These are ALL run by volunteer expats who do it "to make a difference". It's incredible what all these worker bees accomplish. They all definitely give back in extraordinary ways.........

This article was extremely interesting, especially since I was searching for thoughts on this subject last week valentinilawoffices