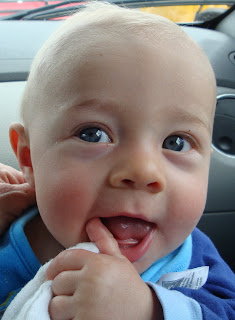 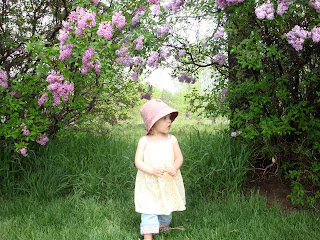 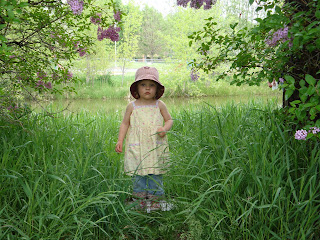 When I first started writing about the "Gypsy Kids", it was when they decided to leave San Miguel, hook, line and sinker.
They headed to Houston for family visits and then the plan was to head..........West, to find jobs and a new life.

"They" are my son John, daughter-in-law Lisa, granddaughter Matilda and granddog Dusty. As August rolled around they headed out of Houston for .........West. They camped in state parks, beside streams etc. and then landed in Colorado.
Loving it, they stayed. Living there for the past two years has brought many, many changes.

First and foremost, Matilda was three months old when the saga began, she is now 2 1/2. Secondly, little brother Sebastian entered the family in January of this year. An absolute happy delight. The family has expanded. Dusty the Dog is still content to be "the dog".

Careers have changed. Needs have changed. They're heading back to Houston as it doesn't matter where John hangs his hat as he is either networking via the internet or flying somewhere. So, being near family as these career changes take place will be helpful for all.

Excited is not the word for all of us. The "Gypsy Kids" will be living right across the street from my youngest daughter, her husband and four children. Sweet!

To say I'm thrilled is an understatement. Just think, I can shuffle back and forth from house to house or gather all the wee ones around me. Bliss, total bliss.

Of course we've been on the phone making plans - I'll be there for Halloween with all of them at the end of October and then back there for the Christmas holidays. For the first time in a long time ALL the grandkids, all seven of them, will be together. Lucky seven.

The photos I've posted were given to me by Lisa's Mother. Aren't they just beautiful? Sharing seemed like the right thing to do.

This is just SO FINE I can hardly believe it. I am thrilled for you and all the family...together at last. Wow! So now Grammie, what plans do you have in the works?

Wow what gorgeous grandkids! I can't wait for them myself!

Gorgeous pictures of Matilda and Sebastian. You have a lot to be proud about. Jan in Mississippi

A lesson from Mexico - Life is about family. You are deservedly lucky!

Sebastian is a handsome little fellow. How precious. And Matilda is so girly in her pink bonnet. You are blessed with your family.