The times they are a'changing!  It has been announced in the last few months the names

of the major hotel groups who will be opening new properties in San Miguel. 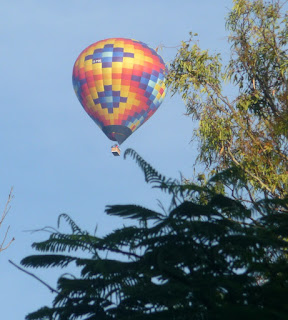 It is quite a list!  Marriott, Hyatt, Hilton, Pueblo Bonito, Hampton Inn and Holiday Inn

are just a few of the seven hotels.

Here is the information I gleaned from articles that I have read.  If you know San Miguel,

the description of the locations will make sense.  Otherwise, they will all be within twenty

minutes of the main jardin and the Parroquia.

The first is Clevia Marriott which will be in front of LaCasona, the quasi convention center/

The fourth is Hotel Pueblo Bonito near the new Zeferino Park.  It will have one hundred twenty

rooms with a Club House and pools.

The fifth hotel is Hampton Inn by Hilton with one hundred twenty rooms. No location provided.

The sixth hotel is Holiday Inn with one hundred fifty rooms.  Location is "on the road to Celaya

near the libramento".  I have looked for this construction site but have not found it.

The seventh and final hotel is a "Mexican Hotel" with no name.  It will have seventy-nine rooms on

the road to Alcocer. 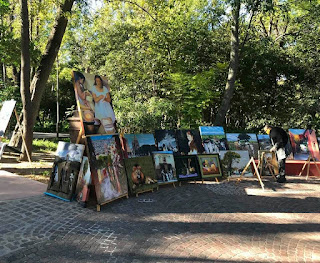 To say that this will change the face of San Miguel is an understatement.  This many rooms along

with all the traffic, people and cars will be difficult to handle from a city personnel standpoint.

In addition to all the hospitality facilities, City Market will be opening here in the next few months.

It is a "high end" grocery store very near to Lacomer. Actually owned by the same company!

Also a shopping center near La Ventana and the road to Delores Hidalgo will have 86 stores!

libramento just past La Joya Hospital, formerly H+ which was formerly DeLaFe Hospital for the

It is impossible to imagine what San Miguel will be in five years.  All the private rentals and small

locally owned hotels will certainly be impacted.  Whether in a good way or not remains to be seen.

something unprecedented for a village that you can walk from one side to the other in thirty minutes!

It will be an interesting time, to put it mildly!

This kind of makes me feel sad. Is El Centro even equipped for this kind of hospitality growth? The narrow cobblestone streets sure aren't.

This is my 5th year here, and even so I've seen a lot of changes in that amount of time. I can't imagine the ones you've listed.... you know where I live, so I'll be quite close to the new shopping center (86 stores?!?!?!). The irony is it will be too close to taxi and too far to walk home if I have any packages/groceries. Thankfully though none of this will affect traffic on my street.

I've been back and forth so many times about buying a car...always deciding no, I'd not really get enough use out of one. This confirms the decision not to have one - I'd not want to drive when all that's coming is here. Already it takes a friend who lives in Malanquin 45 minutes to get here if coming late afternoon or early evening.

I live in Bacalar near the southern border with Belice. I can’t even count the new hotels that have gone up here. Every day, every corner there is construction. Situated on one of the most beautiful lakes in the world, it is a fragile ecosystem without adequate infrastructure for septic, drainage or regulations. Floods washed fertilizer and pesticides into the northern lake which is all but dead, devoid of its signature seven colors. I’m not sure if the construction is in anticipation of the Mayan train, which hopefully will never materialize, or a way for the cartel to launder money. It is beyond sad. My heart goes out to you. Everyday I wonder how long we will stay, but then where do we go? We love our home. Who knows what the future will hold. Stay strong. www.the adventuresofdostortas.com

Your post reminds me of the old saying, "Be careful what you wish for." San Miguel's economic engine is tourism, so naturally you have new hotel construction. What I worry about is whether the city's planning department, if there is such a thing, has an infrastructure plan to provide additional traffic, water and sewage. Just the area around the new grocery store is going to be a giant traffic bottleneck. Thanks for your post; I didn't know there were that many hotels in the works.

Mr. Bill - I don't think so but now a lot of activities and restaurants are not near the jardin but on the Ancha going out toward Celaya and in the Col. San Antonio area.

Just recently they have put in a wide smooth sidewalk from Los Frailes all the way to the glorieta! Astonishing. The reason? Who knows? There is more development in that direction.

All this change makes me sad........truly, but it is still such a wonderful place to live!

Barbara, I have always had a car here and I travel the back streets as much as I can and attempt to go places on days of little traffic. I have found Thursdays to be a good day to go out to take care of things. Never on the weekend.

I go out seldom anymore and have most everything delivered. I debate selling my car and then friends come into town and I'm happy to have a car to go hither and yon.
I don't really need it but I like the idea of having it handy, "just in case"!

Luckily now that the upgrades on the libramento are over, I can get from Los Frailes to your area in about 10 minutes.

Who knows what will happen when the construction on the Walmart mall and the mall by your house start? Stay tuned.

Dos Tortas. I'm am saddened to hear what is happening in your area. I have had friends who have visited Bacalar and raved about the beauty. So sad to hear about the body of beautiful water!

I understand your concern about infrastructure, etc. We have that issue here. We don't even have a functioning water treatment plant!

Thanks for writing! I am going to check out your blog at www.theadventuresofdostortas.com.

Hi Al - When I came here in 2000, San Miguel was doing just fine without "tourism" being the driving force. Yes, there were only about 40 restaurants, but we all managed just fine by having house parties and everyone bringing a dish! No, we didn't have a great grocery store, we had smelly Gigante but we substituted that by buying at the mercados and tiendas and Bonanza. Few people had cars, let alone two cars in one family!

My point is that tourism doesn't have to be the driving force especially since all the international factories are building in Guanajuato for the automotive and aviation industries. They employ lots of people!

As far as the Planning Dept, I think they are more a permitting group rather then water, sewer etc which is all different agencies. Without a functioning water treatment plant, how will this growth affect this town? Not favorably, to put it mildly. Thankfully I have the memories of when SMA was a place to come just "to be" and not for all the faldela that is going to happen in the future.

In the words of the lovely Joni Mitchell “they paved paradise and put up a parking lot. With a pink hotel, a boutique and a swinging hot spot”

Hurray back before the charm is gone!

Dos tortas! I remember you and Lisa, I think. We communicated a long
time ago about house exchange?
I went to your blog and input my email address so I can follow your blogs
but it said it is not accurate. So, here it is. If you have a way of
adding babsofsanmiguel@yahoo.com, would you please do so? Thanks.

Hi, wondering if I can reprint this article in my blog, and also hoping you'll add mine to your "blogs I like" list! www.annenicolai.com

Hi Anne - Please send me your URL and your blogname so I can add it to the list.
Thanks.
B

Does sound as though the addition of that many rooms will continue to alter the feel of San Miguel de Allende. Currently, we are contributing to the visitor count in Guanajuato - so great to be traveling again. Wanted to see if you are aware of any bloggers in your network writing about here, particularly about restaurants. Thanks!

I used to know of one blogger in Guanajuato but haven't seen anything in years.

As far as restaurants, if you go out to Marfil to see the ex-hacienda, there is a delightful restaurant nearby. Just ask someone. Sorry I don't remember the name.

One of the best restaurants in Mexico used to be next to the silver mines and across from the church outside of Guanajuato but alas, unfortunately it has been closed for a number of years.

IF you find fab places, let me know. Here in SMA we have over 300 restaurants now which is 10 times as many as were here 20 years ago! Enjoy your traveling. Postcards from Barton Springs!!!

Check out Don Day in SMA

Barton Springs - I didn't check messages and just now saw your request for restaurants in the city of Guanajuato. I can't help you there. Used to eat in Marfil and outside of town on the way to Santa Rosa but that restaurant is closed now. I've never eaten in Guanajuato proper.

Sorry I am not more help.