Haven't ever found anyone that I wanted to find on Facebook.  However, in the last few months two people have found me!

The first is an old sailing buddy, Mike.  He had a sailboat that he kept docked at Lakewood Yacht Club.

We would go out into the middle of Clear Lake, , anchor, and sing Jimmy Buffet songs at the top of our lungs while we were drinking Capt Morgan's spiced run, ginger ale and limes.  We never dated but we sure had silly fun together.  Mardi Gras in Galveston, nights dancing at Louie's Le Club on Clear Lake which was the hangout for our group.  Mike was good friends with a man I was dating at the time.

A month or two ago I got a friend request on Facebook.  I was thrilled.  Mike had left the Bay Area, which the area south of Houston, on Galveston Bay is known as.  Not the California Bay Area.  Last I had heard he had moved to Fairhope, Alabama.  Once or twice I asked people from Fairhope if they knew him and I think once I tried to find him on Facebook, but, no luck.

It was absolutely delightful to reconnect.  To find out he is now married and living in snow country!  He has had an amazing life in the intervening years.  He called one day and we caught up  on all the news!  What fun.

Then just a couple of weeks ago I got a friend request from someone else that I lost touch with in the 90's as well.  Someone I worked with on a charity.  Imagine my shock when I found out that Bob is teaching in Leon at the University.  He is teaching social entrepreneurship for a year. 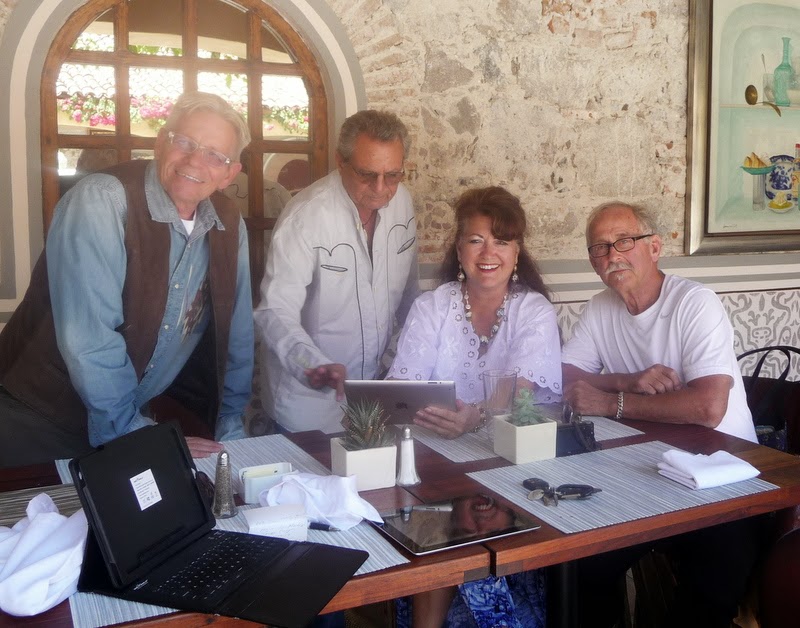 Bob and some friends from Mazatlan drove over from Leon to spend some time reconnecting.  The people from Mazatlan are new friends! 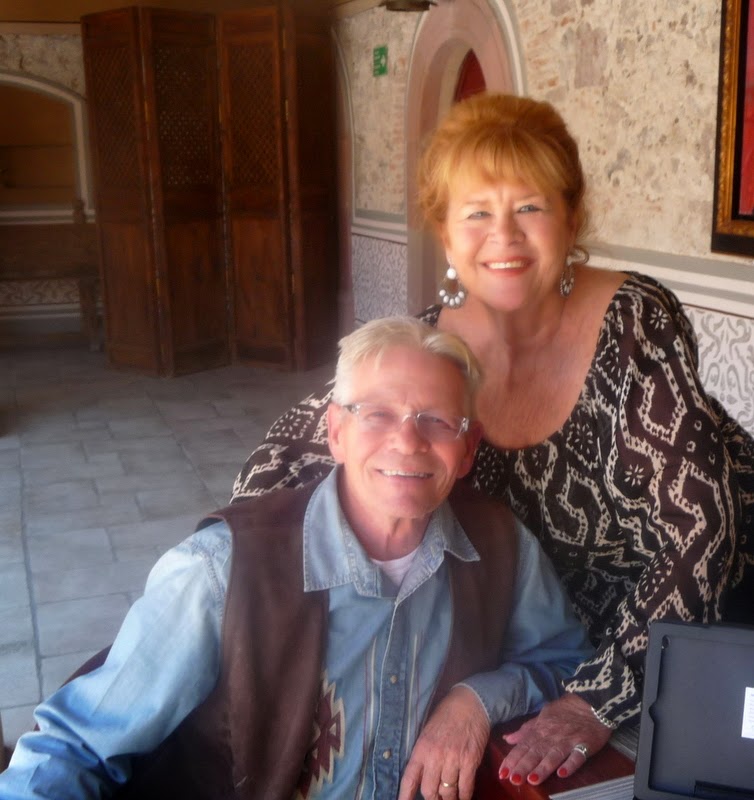 But Bob and I had time to catch up from the days when he was Executive Director of the Texas Neurofibromatosis Foundation.  I was very active in this organization from 1982 til the mid 1990's and served on the board for a number of years.
Bob left and founded a magazine focusing on philanthropy.  If I'm not mistaken, the publication was
in existence for twelve years.  A very long time for a magazine.

It certainly was a surprise to reconnect.  To hear about his life since we last saw each other in the 90's.
When Bob tried to connect with me on Facebook, he thought I was still in Houston.  Can't you just imagine his surprise when he discovered I was an hour away?  We had a good laugh about that. 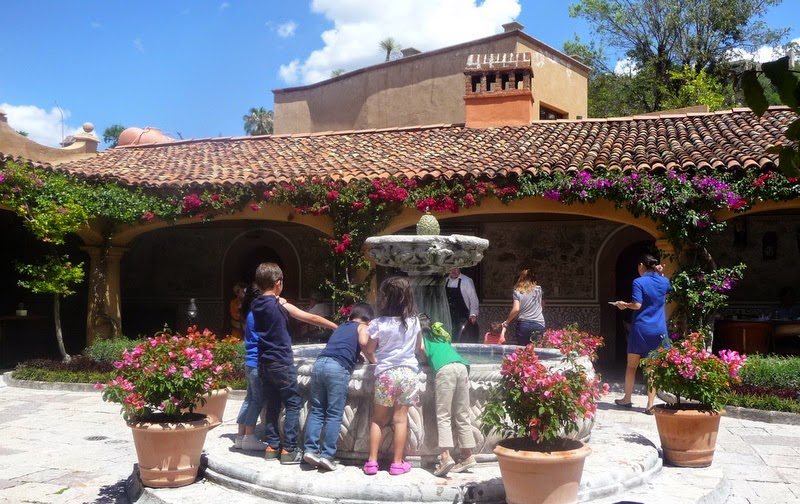 All of us had brunch at Antigua Villa Santa Monica, a boutique hotel and restaurant in San Miguel the Sunday that they drove over here.  It may not be a gourmet experience, but the ambiance and the attentive staff make it, for me, my favorite brunch place.   Especially when you're with good friends!

Of course, if there is water, kids will come.  And, this Sunday was no different.  I had to turn around and take this photo, just for the fun of it.

I think I'm going to see if I can find some of those people I've been thinking about on Facebook, just for the heck of it.

Have you had this experience?

I'm so glad you met Elizabeth, a good friend of ours here in Maz. Wish we could have been there!

Elizabeth is such a delight. I connected with her immediately. I so hope to get over there some day to see Maz, you and Elizabeth again.

Elizabeth thinks the world of you, Nancy.

I joined facebook some years ago, and people I had not heard from for 40 years showed up. It's an amazing reconnection app. Now we are in touch and when Shelagh and I were back in Holland last year we met one of my old buds from high school. It was great fun to see your teenage friends with grey hair and wrinkles! We have all aged wonderfully. We are blessed. Boomers rock!

Peter, I forgot you and Shelagh are from Holland. One of my most favorite places on earth. GREAT memories.

Yes, FB is a great way of staying in touch with family, friends and old friends, ha.

I can imagine singing those songs in the middle of nowhere. I can relate. When I was a young guy, my girlfriend and I would climb up on the roof of her house to watch the sunset and sing, "Up on the roof".