The saga might be never ending.  It began last year when SAPASMA trenched on my street to put in new sewer pipe, the plastic kind.  That lead to tons of dirt, literally, which was all piled next to my house along with rubble and debris.

Then, after my complaining, a bulldozer and many dump truck loads later, six to be exact, the dirt pile and rubble was almost all gone.

A week or so later, one evening, men and women from the colonia appeared with rakes, brooms, shovels and strength, to get rid of the rest of the rocks and rubble that was still around.  By the time they were finished raking and cleaning, it was almost smooth.  The next evening they returned and cleaned the edges of the cliff of scraggly weeds and assorted tiny trees.

To say I was thrilled would be an understatement.  Of course I figured that was it.  That now the trucks and some intrepid drivers in their cars would use this unpaved path as a shortcut.  But, at least they didn't have to dodge rocks, potholes and rubble.

Saturday, mid-day, all of a sudden there was such a racket that I jumped up, ran upstairs to see what had happened.  It was such a large crash that I was afraid a car had run into the school or the concrete fence or, heaven forbid, gone off the cliff.

Nope, none of the above.  This is what had falled on the road. A dump truck brought a mini Stonehenge. 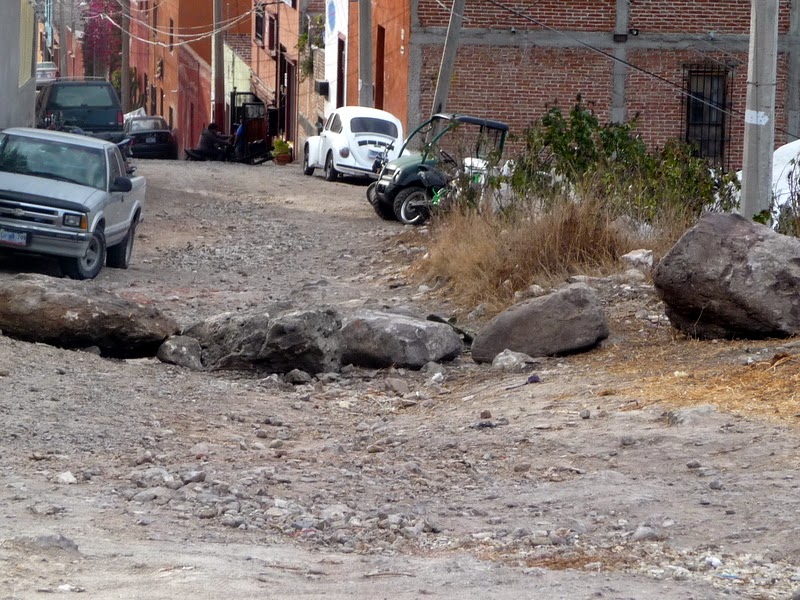 Of course, they weren't in this singular line but in a jumble with one on top of the other.  A mini boulder mess.  The next day when I looked out to see what had happened to the jumble of boulders, they were in this single row.

On the other side of the row, they had dug a trench so that the road behind the boulders is much lower then
the road on my side.  In other words, if someone could possibly move these to drive through, I think there car would be ruined.  Talk about a simplistic solution!  I so wish I had seen how they moved these big boulders from their initial positions! 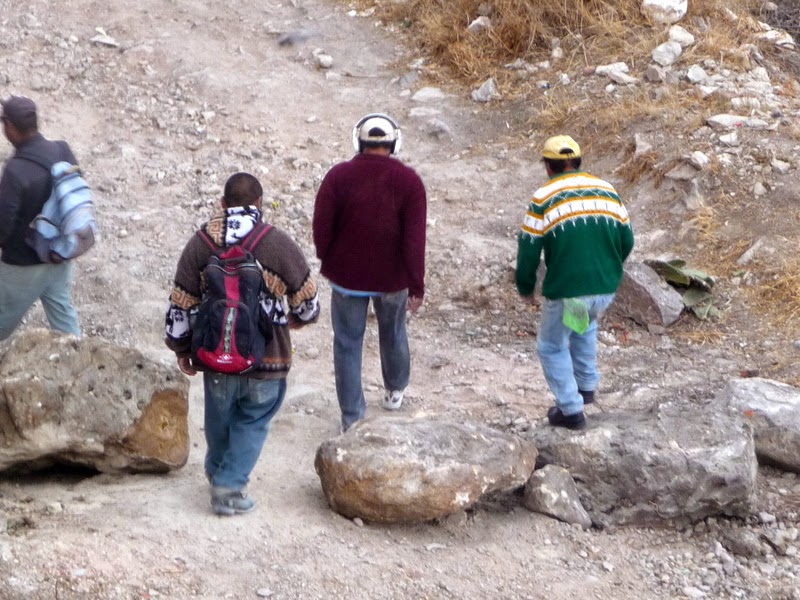 Whoever placed them, left an opening for all the workers that pass by going home after a long days work.  Plus the children go through there coming up the hill to school. 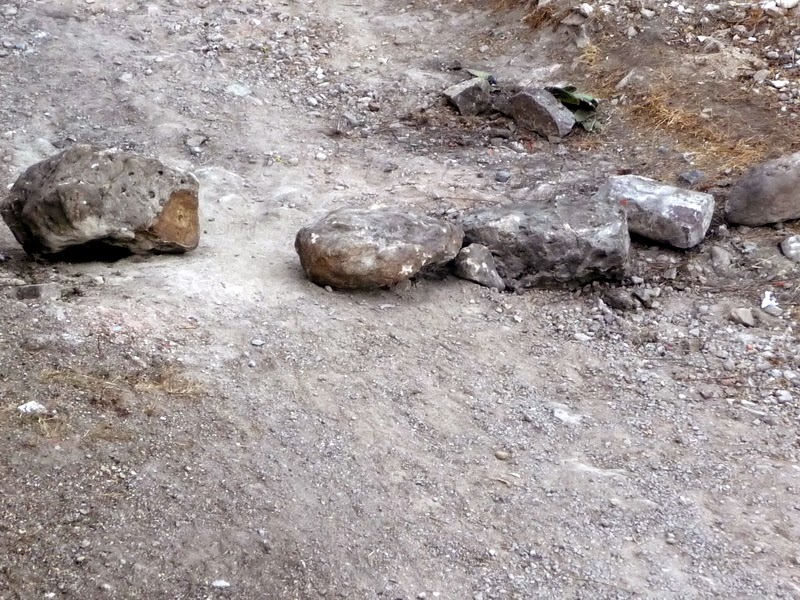 But, guess who isn't coming that way anymore!  The motorcycles, the cars, the Coca Cola truck, the garbage truck.  Basically no one.  It really wasn't all that much traffic as prudent drivers didn't want to drive the potholed path and would turn around going back the way they came.

Now it is silent!  I've also noticed that there is no trash either.

Someone had told me long ago that this section of the calle was not meant for cars but rather a walking path and lookout to enjoy the beauty of the canyon.  Oh how I wish I had the money to put in benches, trees and flowers to truly make it a lovely place for people to stop and enjoy the magnificence that I see all the time.

Often I do see people walk to the edge of the cliff, stand there and take it all in.  Now they can do it in the quiet of the moment.

Now I no longer live next to a road, but a path and a dead end street.   Another unexpected gift!
Posted by Babs at 2:40 PM

Although this is a good thing for you, I immediately thought of the post that I have in the works for tomorrow... entitled "Those Darn Sidewalks". Be sure to check it out.

How often does a place in Mexico become less noisy?

Kim G
Boston, MA
Where the City of Boston does so many of such things that it's now virtually impossible to drive across town.

Anonymous said...
This comment has been removed by a blog administrator.
6:40 PM

I say "it is silent", partly because I'm kinda speechless about this event. Still amazed.

Kim, I don't know of a place where Mexico becomes less noisy.....except here!

Bina Simon said...
This comment has been removed by a blog administrator.
7:49 AM