I've so enjoyed having the boulders across the dirt path next to my house for the last few days.  I never realized that the few trucks and cars that used that path as a road added so much noise to the day.

While basking in the silence, I heard the sound of a bulldozer yesterday morning about 9AM.  Uh oh, now what?

I opened the front gate and walked out in front of the school and my house hoping that no more digging was going to happen on sewer lines.  Right about that time, he came zooming by me on his way to the dirt path.
Now zooming is a relative term.  Lumbering, noisily would be more like it.

I wondered what the heck was going to happen now.  So, off I went to my perch in the living room where I can look down on the road and the activity.  The bulldozer driver was picking up those huge boulders and piling them next to the edge of the canyon!  I thought, "Uh oh, now what?"

As he did this a crowd began to gather of men and women.  Extremely unusual at 9AM on a Monday morning.......or any morning for that matter.  They stood and watched as the road was being cleared of
any obstructions.

The bulldozer driver made quick work of the boulders and then lumbered back whence he came.

The people continued to stand and stare.  Then they talked amongst themselves.  Of course I couldn't hear them nor could I figure out what was going to happen next, if anything.

I got my answer this morning!  At 9AM the bulldozer came lumbering by my house again and went to the dirt path.  He started picking up the boulders and carefully placing them across the road again!  Below are the documented photos of this little saga. 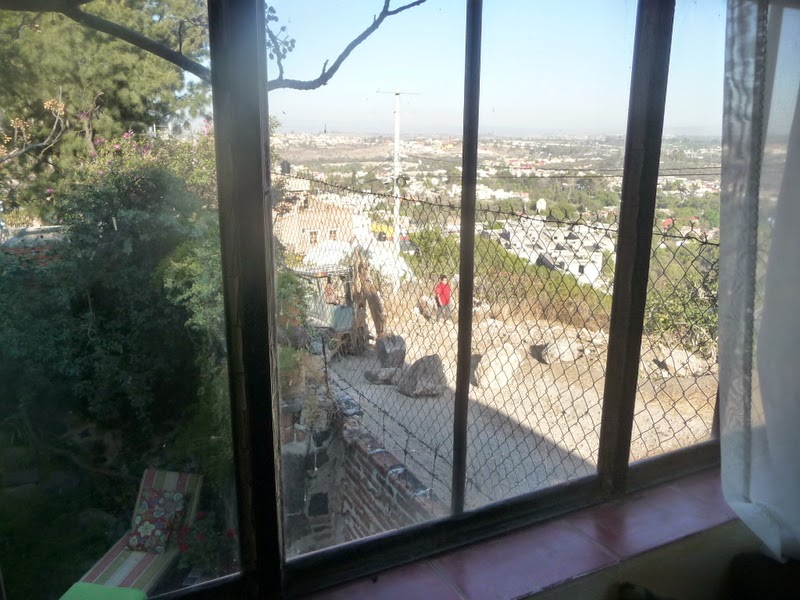 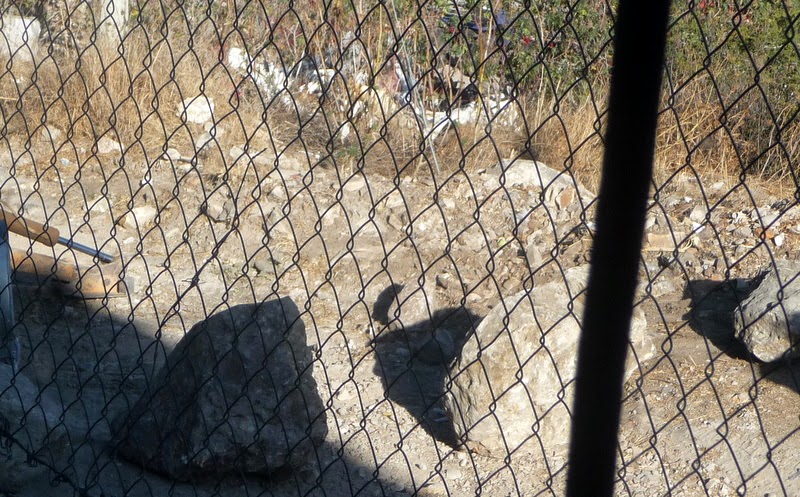 I actually liked the way he spaced the rocks this time better then the last so people could walk between. 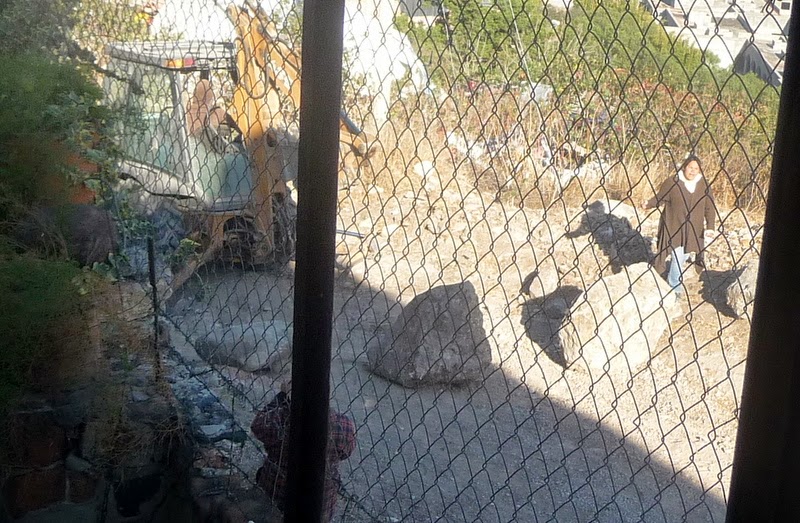 Then, the fun began!  The woman of the colonia began to show up just as he was finishing his work. 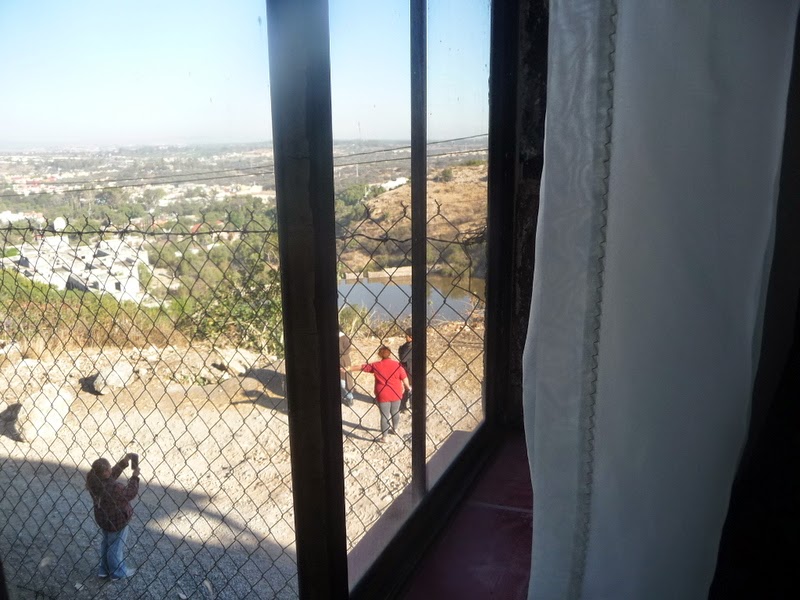 It was obvious that they wanted to document the action and then they also wanted to direct the bulldozer driver.

Here they are telling him where they want him to move the boulders.  It turned out he only moved one to make a larger walking area that could not be used for a car to pass.

I chuckled as the driver did not look too happy and the women were standing him down.  Then a couple of men arrived at the completion.  The driver quickly finished the work and was seen lumbering off in the distance.

It's amazing how much goes on in this tiny colonia and around my house.

I may be wrong, but isn't that a backhoe, rather than a bulldozer? I can't quite tell.

Heck, I don't know Steve. His chair swivels in two directions and he has that digger thing on one side with legs that come down to steady the cab. You're probably right.........