Now that Matilda Isabella, my youngest granddaughter, has turned seven on Thursday, it seems that the parties last several days.

Thursday, THE day, she had a little party at her school.  Then that evening, off to Pollo Feliz we went since that is where Sebastian and Matilda wanted to go.  The reason, of course, is not the food, but the play area!
Smart company.

The mix of customers is very interesting.  Lots of business people in suits!  Suits are unusual to see in San Miguel.  Large families eating together and we were the only small birthday party for a child, even though there were other children in the restaurant.

The last time we were there was for my son's birthday.  We ate, we had cake that I brought and that was that.

NOT this time!  I did bring an angel food cake with whipped cream frosting that I made for Matilda.  It
was a family tradition when I was growing up in my family.  Then it became a tradition for my children.
The little girl statue that is put in the middle of the cake must be 60 plus years old!  I also have a little boy
one that will be used for Sebastian next year.

We ate chicken, salad and fries.  I was seated looking out the windows so couldn't see what was happening behind me.  Imagine all of our surprise when we were swarmed  with boas, beads, hats and a frame! 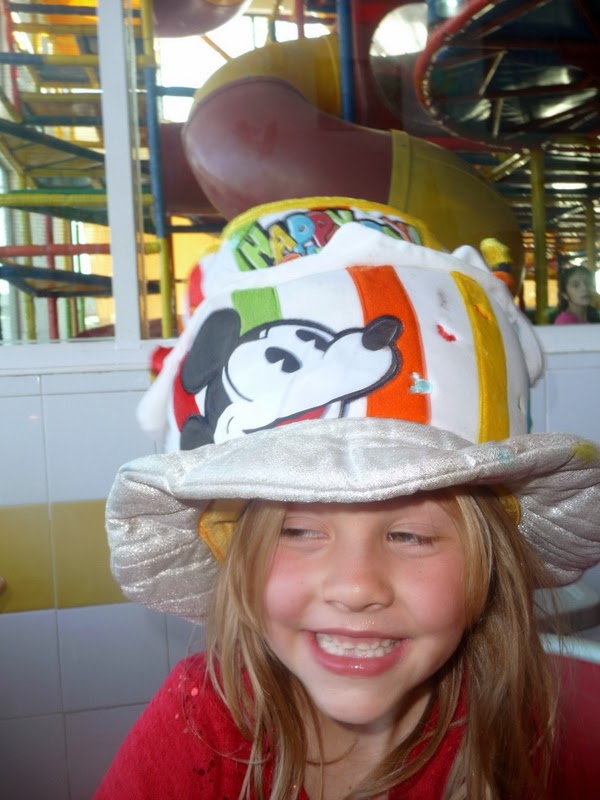 I didn't know what to think.  You can tell by the faces of the kids that they LOVED it!  Even their dad did too. 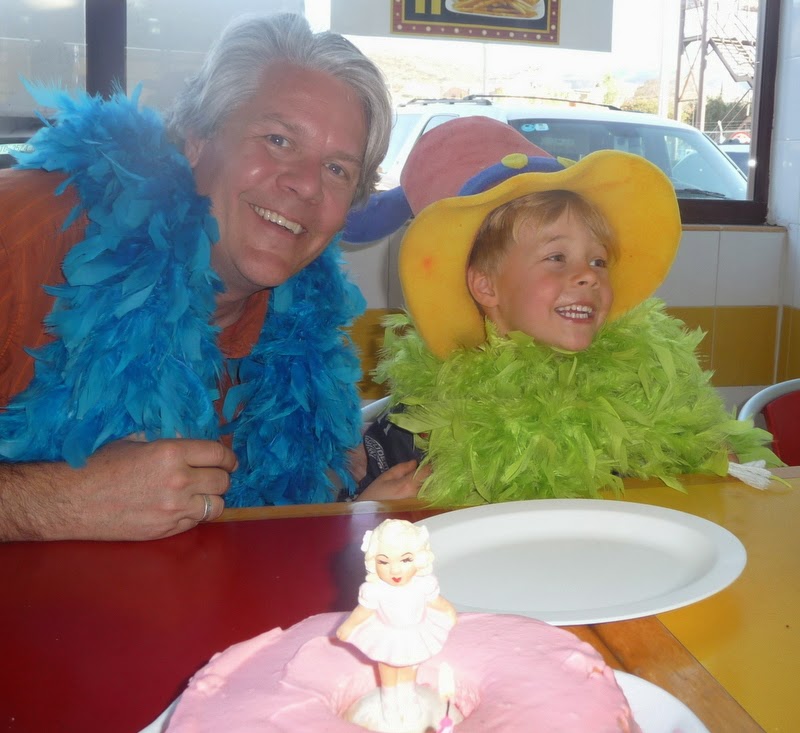 The manager was there to make sure that all went well.  He even had a candle and a match to light  for the birthday cake! 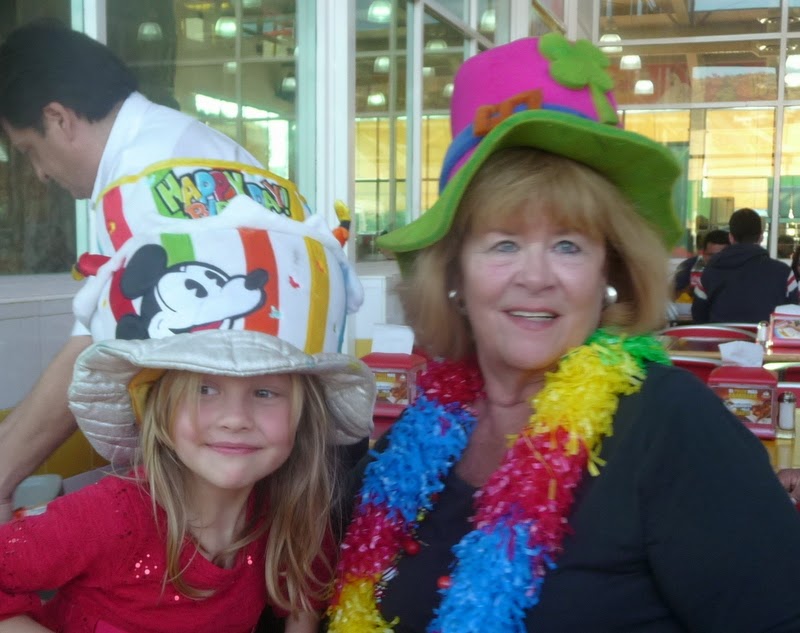 Matilda wanted a photo of the two of us together.  FUN! 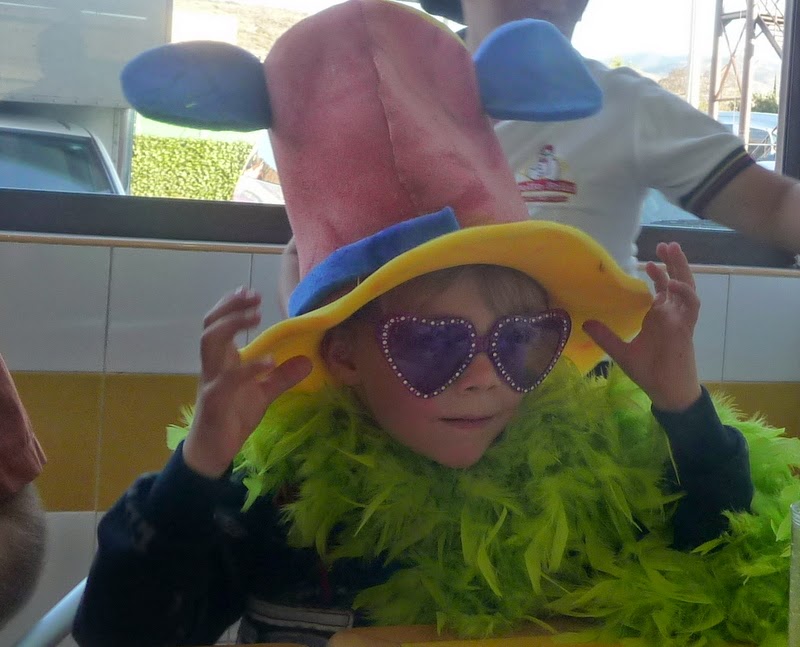 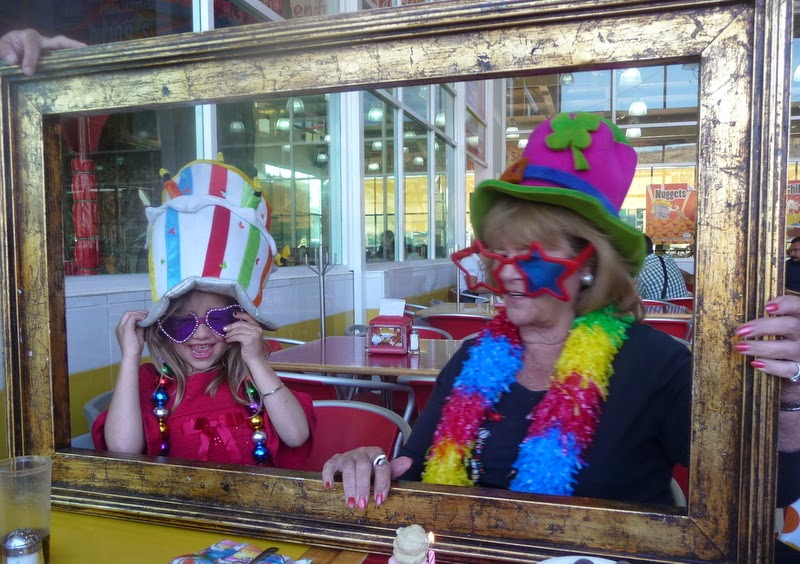 Then the manager put this frame in front of us while the staff sang Happy Birthday or Feliz Cumpleanos actually.  It was something I had never experienced before - the frame and the knocking it on the table! 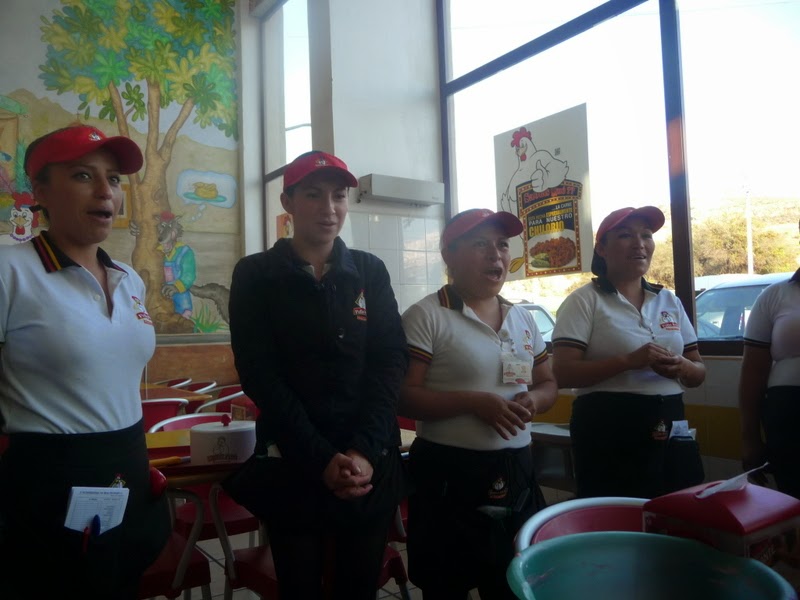 While everyone was singing, including the manager, he was also encouraging Matilda to stick her face into
her piece of cake and whip cream.  She did with gusto!  That too is a tradition, I'm told.  Hmmmm.

The whole thing was surprising, fun and unique.  The kids sure had fun.

Today, Saturday, there is a roller skating party at the new facility that I wrote about a couple of days ago.

I left after the kids had played in the big play area for about an hour and eaten pizza.  They were attempting to roller skate when I left.  I presume by now gifts are being opened and another cake, Tres Leche, is being eaten by all the kids and parents.

I'll write more about that later with photos.  Whew, if there is this much going on at seven, can you imagine all the excitement at seventeen?
Posted by Babs at 4:16 PM

Looks like lots of fun! Sebastian and Mathilda have a very cool granny!

And yes, it's a Mexican tradition to push the face of the birthday girl or boy into the cake while she/he is cutting it. I think this has been known to happen at weddings too.

So if you're at some celebration, dedicated to you, where there's a cake, be careful, very careful.

Kim G
Boston, MA
Where people are being pushed into snow. Or are they jumping?