Most Expensive City to Live..... in Mexico!

Most of us who live in San Miguel de Allende assume it must be the most expensive place to live in Mexico.
Ahh, but au contraire, this is not so. 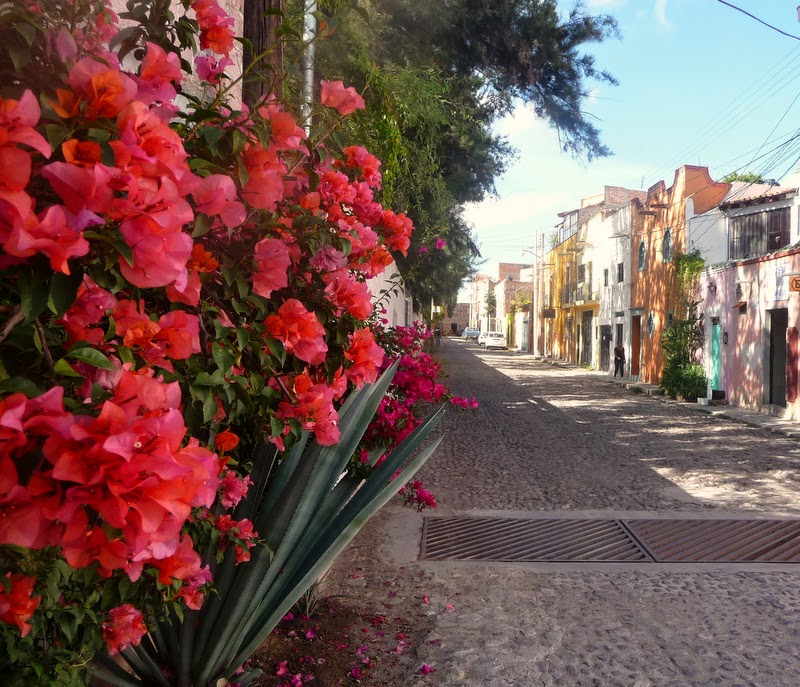 Many people say so, but that does not make it true.  Yes, there are restaurants here that the tourists go to and spend $80USD for a dinner and drinks, but those of us who live here seldom frequent those establishments.  The same with the hotel rooms that have door rates of $600USD (and often have few guests except on the weekends).  But, there are also hotels for $30USD a night that are nice as well as many places to eat for $5-10USD for a full meal with soft drink.

The suspense has ended.  A survey was done by a firm, whose name I have lost.  However, I do remember it began with a K.  Ahh, the trials and tribulations of an ageing mind.

They used Mexico City as the base for determining those places that were higher in cost of living for rent, food, utilities, transportation.

The most expensive place is Los Cabos.  Not having ever been there, I can't gauge if that is true, but based on the survey it is true.

Second is Cancun.  Having paid $4USD for a Coca-Cola there, I agree.  And I SO remember forty years ago when there were no paved roads and the dirt roads were divided by white painted rocks.  What a shame!

The next city really surprised me.  Monterrey!  I've participated  in many restaurant trade shows there and never thought it expensive.  However, I also now realize that was about 20 years ago.  My how time flies.

The least expensive places to live are Tlaxcala, a delightfully clean, sweet little city in close proximity to Puebla.  Zacatecas, Tepic and Guanajuato round out the least expensive.  Who knew?

There you have it.  Go check them out yourself.  Let me know what you find.  I've been to all except Los Cabos and Tepic.  I never felt that Zacatecas or Guanajuato were noticeably less expensive then say,
San Miguel de Allende!

I love Tlaxcala and Puebla, but I think that the expat community gets lost in these smaller cities. Other great small towns are Huasca and Monte Real, but again very few foreigners live here.
Thanks
Jennifer Moore

Thanks Jennifer. I have not been to those two towns in the STate of Hidalgo......hope to some day soon.
Ironically, I was just looking at the book I have on Hidalgo and marveling at the beauty.

I think having the expat community being miniscule or "lost" as you say could have its advantages.

I´m not much of a beach person so Los Cabos and Cancun´s positions on the list don´t concern me much. I have been to Cancun several times (including back in the day when it was not so overgrown).
I would be interested to know where Mexico City ranked on the list.

I saw the report the other day. Amazing. I am working weekends in Mexico City, hotels and restaurants all depend on what you like and how much you are willing to pay. Monterrey is very expensive in rent and restaurants. We find that SMA is cheap cheap cheap compared to Monterrey. We eat out regularly when there.

Bill, DF was used as the base line. I find DF very reasonable both in food, entertainment and lodging. I don't know about rents or utilities or services.

Chris, why do you think Monterrey is so expensive now? It didn't use to be....

I agree with 234 restaurants in SMA!, you can find a wide variety in all price ranges, with new ones open weekly.....and closing. Often, that has nothing to do with quality of food.

Frankly, before I got to your conclusion, I believed that Monterrey was the most expensive place in Mexico. Why? It has a lifestyle that seems to be a lot like in the USA. There are lots of fancy malls, lots of cars and highways, and lots of expensive towers rising. It's also the business capital of Mexico, so that would also be expected to drive costs.

But I've never been to Los Cabos, though I've always imagined it being full of Californians on vacation. Cancún's place surprised me, given that it's not all that expensive to vacation there.

As for Zacatecas, it surprises me that there appear to be few if any expats. In addition to its cheapness, it has amazing beauty, a terrific warm, dry climate, plenty of culture, shopping, hospitals, etc, and is only a 7-8 hour drive from Laredo, TX. I have fantasized about being the first expat there, but to this date, that remains a fantasy.

I tried to Google your study, but to no avail. If you can remember where you saw it, I'd love to read it.

Kim G
Boston, MA
Which is one of the more expensive places you could possibly live.

Kim, there is an online newspaper which is a compilation of articles from many sources. It is Mexico News Daily. I receive it every few days. Quite interesting.

Your perceptions are interesting. I think any place that's only purpose is for tourism is going to be expensive. So, Cabo and Cancun didn't surprise me at all. I'm astonished about Monterrey. It is known as the Pittsburgh of Mexico. Zacatecas was interesting to visit, but I couldn't imagine living there.
How are you getting around with all the snow? Or are you not getting around?

I'm not really getting around with the snow, LOL... I did go out to dinner last night with some friends. And while we arrived and returned safely, there was a *lot* of snow on the ground, even on the highway. There's a big boulevard near my house - six lanes, solid divider -- we drove down that at 20mph, LOL.

But that adventure aside, I'm mostly just stuck at home, with occasional escapes to go grocery shopping before it snows again. Oh, and endless snowblowing. I think I've been snowblowing twice a day for what seems like an eternity.

At least I don't live in Montreal.

Compared to Vancouver BC I'm sure even Monterrey is a bargain...

Here is a site with an article about the most and least expensive places to live in Mexico and the world.

It also gives a percentage of higher or lower cost than DF. Interesting.

Babs, when I last contacted you I asked about living monthly expenses in SMA and you answered about $2400 with utilities. I am wondering how much utilities are costing a month as in electric, gas, and phone?
I have been looking and receiving rental information, and it seems like rentals are not that high for what my needs are and I don't mind living outside of town.
Thanks,
Roz Mazzilli

Rozmazz - I think what I said, but don't know where I wrote it, that if you want to get a temp visa, that you have to prove income of $2400 a month. Rents can be from $300 a month to $3000, depending on what you want and where you want it and when you want it. WHEN is important as in high season all the less expensive rentals are taken.
Utilities too depend on the time of year. These past two months my Electricity was about $150USD, gas is about $30USD a cylinder and phone with internet is about $42USD. Then add to that cost of food, transportation, meds, etc and it adds up. If you haven't ever been here, I HIGHLY suggest coming on a visit before making the decision to move here. I've seen too many episodes where once someone arrives with all their worldly goods, after a few months they leave for one reason or the other - weather, difficulty walking, health, communication or whatever.

Thanks so much Babs for you answer
to my questions, I do appreciate your candid answers. When I get to SMA I will definately look you up.
Rozmazz