It was a week of activities getting ready for Matilda's birthday parties last week.  What with wrapping, baking, picking up, dropping off and the parties, it was a chunk of GRAND times and sweet memories.

Matilda got a lifesize Barbie doll.  Sebastian has decided that he is married to that Barbie.  His comments
are hilarious and precious about "his Barbie".  At five, you wonder where they get these ideas.

So, on Saturday off we went to the skating rink/playground/bowling alley.  The place had just opened the week before and already it had held three children's birthday parties!  Yup, it's going to be a success.

The bowling alley was full of people as well!

As the kids arrived, first they played in the playground area with a slide that was about three stories high.
I would have been afraid to go down it, but the kids were fearless.  With lots of jungle gym things to climb on and play on, a good time was had by all.

Then it was time to eat.  Pizza, fruit juice and the cake was saved for last.

Off to get skates, helmets, arm and leg pads, they went with glee.  Parents and grandparents helped to outfit the kids to minimize any falls.   I watched.  Nope, I didn't skate or even go out on the floor.

Here are some cute photos of the kids with their dad.  By the end of the skating period, they were doing pretty good.  A few more times and they'll be whizzing around!  Aaah, I remember those days of skating and dance skating with my big brother.  What fun! 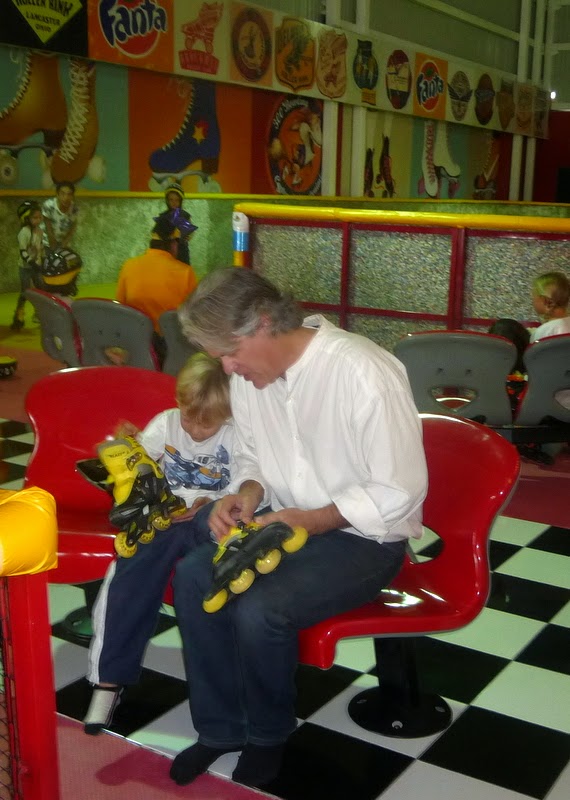 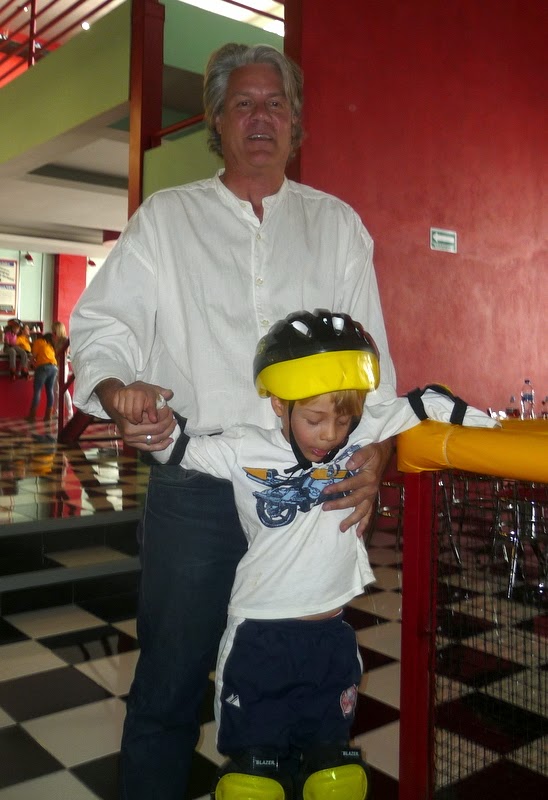 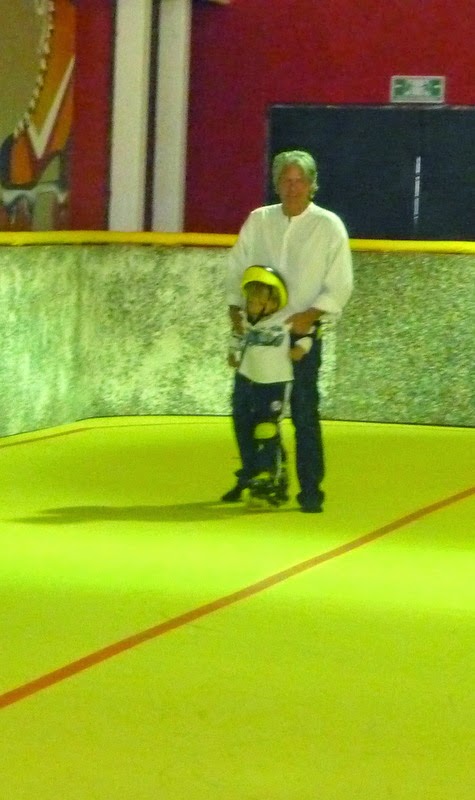 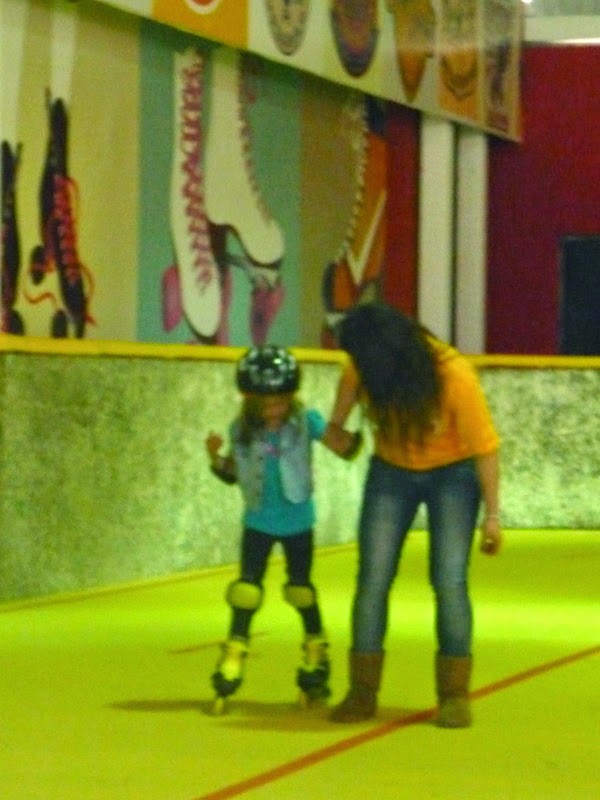 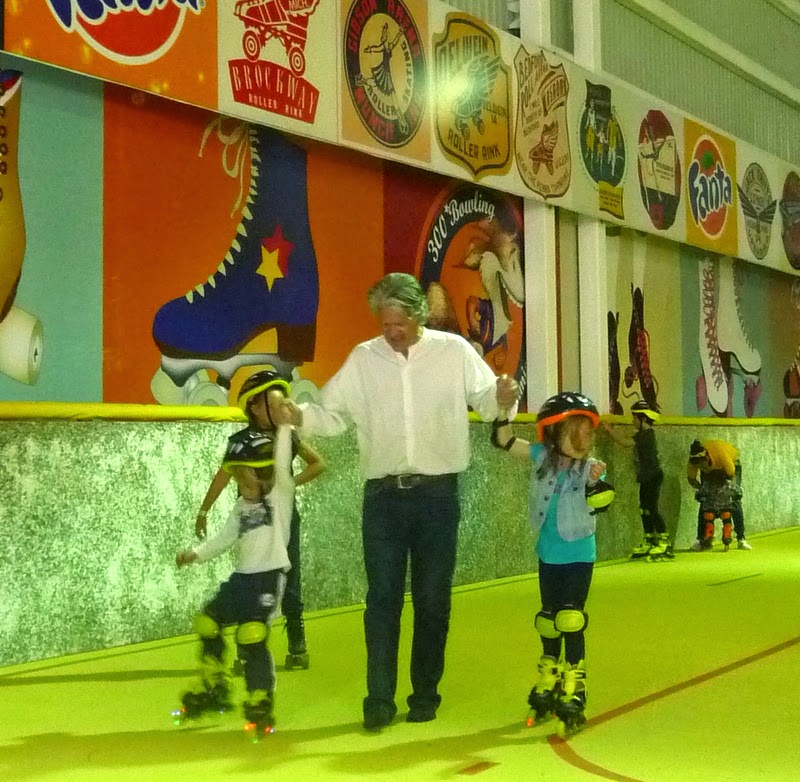