For the last three months I have fumed, muttered under my breath and looked out the living and dining room windows in despair.

The left over boulders, rubble, dirt and assorted debris was still there.  I kept hoping  I would look out some day and it would be gone.  No such luck. It was the leftovers from when the water company laid the water line down Cuitlahuac.  The dozer guy used the side of the house as his dumping ground......aaargh. 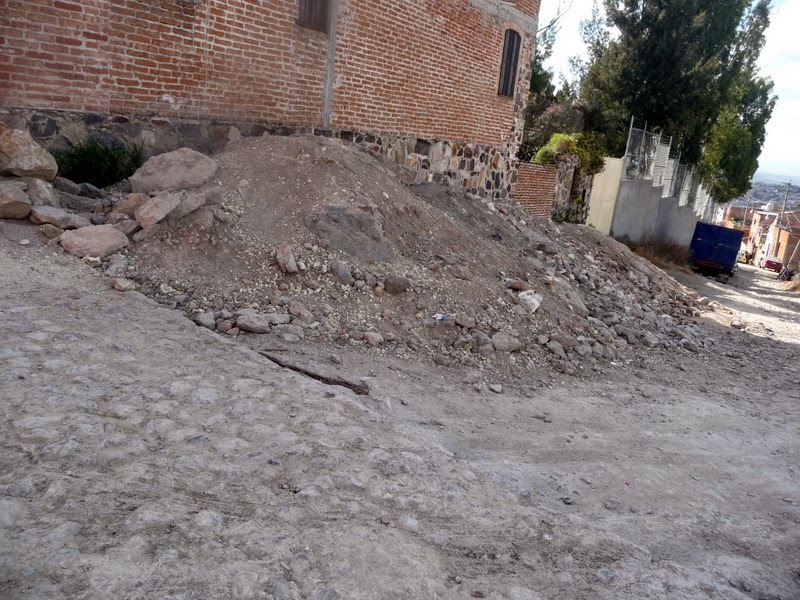 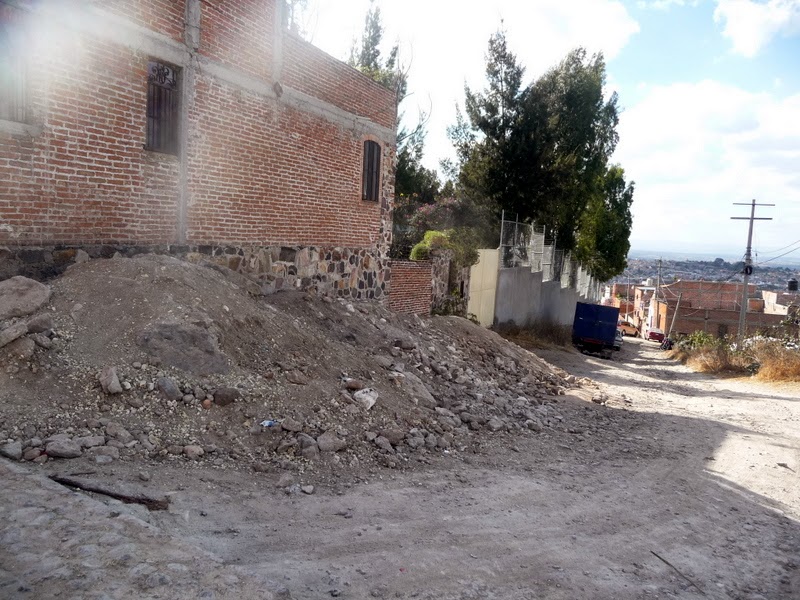 When the owners of this property came over a couple of months ago, I expressed my displeasure.  Obviously, not strong enough.  Nothing happened.

I continued to fume, to myself.  Then I had an "aha" moment last week and told myself that no one can read my mind so I needed to express my displeasure in writing - with photos.

Last Friday off went a letter to the property owners, who I rent these houses from, to let them know of my disgust from the dust, the thrown rocks at the windows and the two men on the top of the dirt pile looking in the windows of my house.  I let them know I wanted something done, in a polite manner.  And, I sent these pictures.

Next I wrote a letter to the Mayor of San Miguel and to the International Relations department of the city.

Yes, there is such a thing.  I sent these pictures.  I reiterated the above comments along with the fact that this was a safety hazard for the children both in the primary school and the kindergarten as while cars are trying to get around this dirt pile, the children are in danger of being hit as they leave both schools in large groups both in the morning and afternoon.  I also let them know it had been here for three months.  Along with the fact that the water company would take no responsibility for the mess (which is true).  I mentioned the fact that possibly it was just a forgotten mess that had not been cleaned up due to oversight.

Believe it or not, this morning at 8:30AM I heard it!  OMG!  A bulldozer outside my bedroom wall.  Then I heard the dump truck stop too.  Hastily, I dashed up two flights of stairs and here is what I saw......... 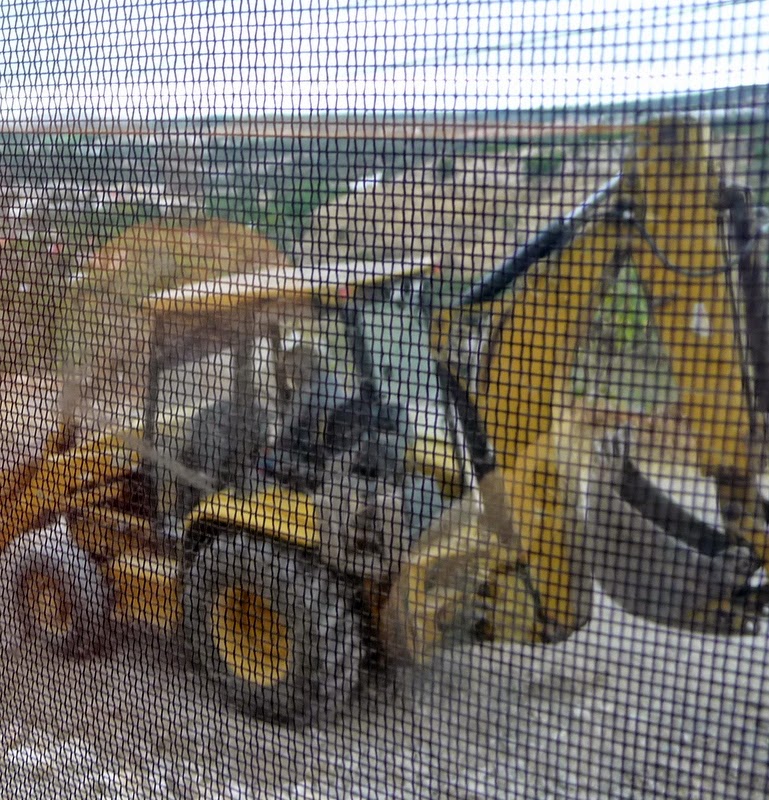 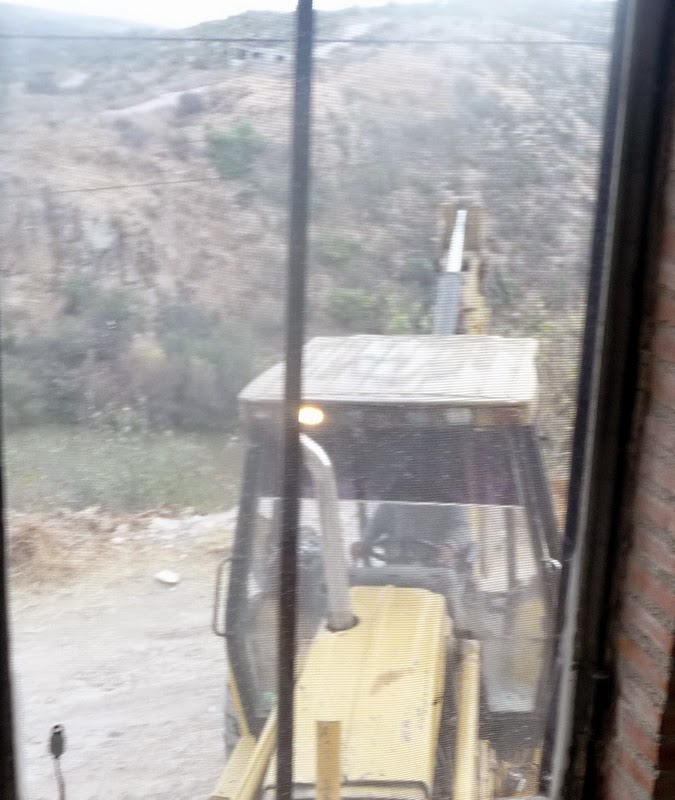 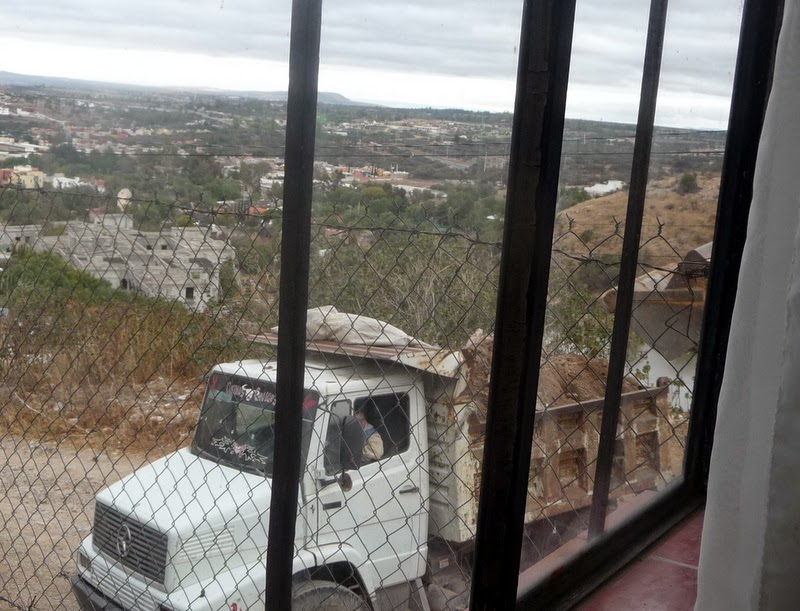 I was giggling with glee.  Never did I expect action this fast.  And so it began.  The bulldozer loading dirt and rubble into the truck.  Then the truck would leave and return, SIX times.  At 1:30 today, it was all gone.
Truly an amazing sight.

After all the teachers and students had left the primary school, I went out to take a photo of what is left......
Not much. 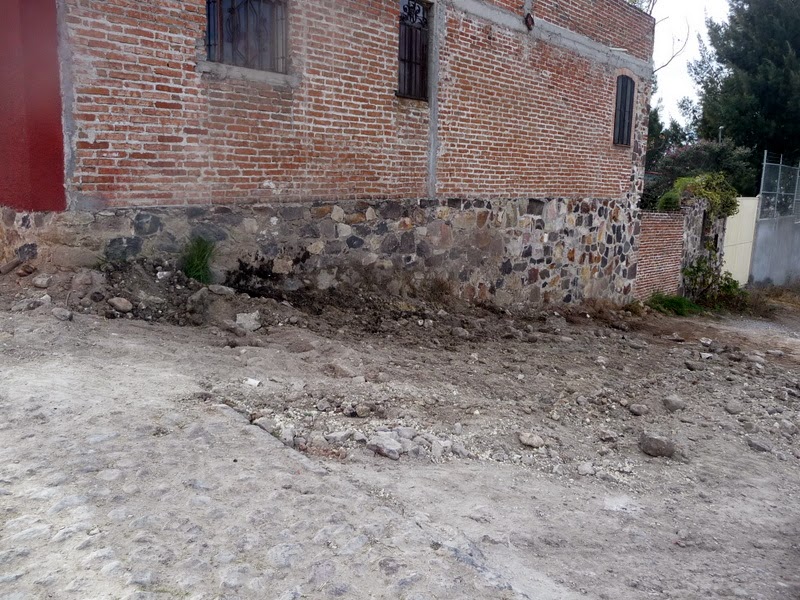 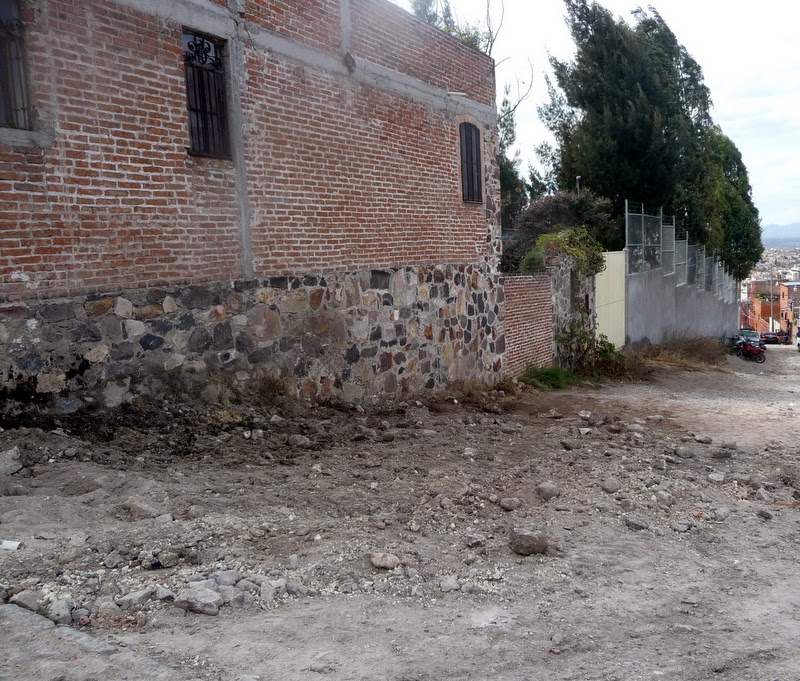 A little rock raking should clean up the little bit that is left.  Now the children won't have to walk in the middle of the road.  The parents will again have a place to park to wait for their children.  And I, in my all encompassing attempt at beautification, will attempt, again, to plant something along the side of the house that is green.  There used to be grass and bushes there.


I'm dubbing this episode "The Miracle on Cuahtemoc"............street that is!   Who ever would have imagined it would happen this fast?  I, of course, will never know if my letters were the cause of this event or if it was just a coincidence.  It doesn't really matter, at all.

Great. Now, I will have a place to turn around. If I ever get up your way again.

Steve, I was thinking this morning that you should live in this house. I can't get it warmer then 64 in here, even with the heater on!

Your comment yesterday about being somewhere without a fan made me chuckle.

I was online looking for a room at the beach,somewhere, anywhere yesterday! ha

Much to my surprise, Calypso!

well now would be the perfect time to go thank the Mayor with a bottle of some tequila. Since this is fresh in his mind and he did action, he is due a reward. If you should choose to do this ritual, by personally thanking him with the booze, you will be able to be on first name basis with him, and have his ear for the next time you need something.
That is, of course depending on how much time he has left in office also. If he is a lame duck than your investment would not reap much reward.

Great suggestion, Tancho. However, I don't even know if the mayor had anything to do with it. Maybe the bottle goes to the people I rent from........would be cool to know who made this happen. They mysteries of Mexico!

I always tell people, the system works albeit a bit lento at times. You just proved it. You did what most people won't, you took action. Good job!

You go girl!!! One of the amazing things about Mexico is that people simply don't complain about stuff. When I'd stay with F in his house in DF, it was like pulling teeth to get him to call CFE to report a power failure.

So you're probably the only person who complained, and I'm glad that you did.

Kim G
Boston, MA
Where a good friend and neighbor had to hassle Verizon for a couple of years about sloppily installed telephone poles before they were fixed.

Kim, you're so right! When, in addition to the dirt pile, there was a car parked in the middle of the road for 6 weeks! I asked my neighbor and a man at the school to call Transito. Neither did.

Finally I called 911 - it's a different # here - and made up a story about the car so it got moved.
Really!

I believe that dirt would have been here forever if I hadn't done something.........weird.

Bravo! Good for you!!