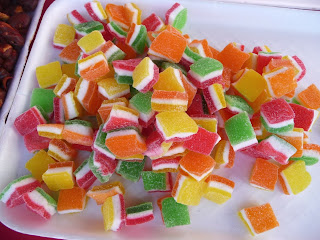 I have mostly been in the house since Thursday waiting for Megacable to appear to fix whatever the heck is wrong with the internet connection.  However, four no shows and I'm through.

While I've been home I've had time to read, to bake, to reflect.  Here are some thoughts I've had and reactions to outside influence.

Synchronicity always surprises me.
While looking for a book to read yesterday morning, I picked up one given to me by my friend Kay.
The title, "The Incantation of Frida K" was mildly intriguing.  I went upstairs to the chaise and settled down for a good day's read.  However the book was SO graphic about her trolley car injuries, her suffering and her pain, that I put it down after about ten pages.  It was too upsetting for me to read.

Ironically, later in the day on FB someone mentioned that yesterday was Frida Kahlo's birthday.
How ironic.

A kind gesture can impact someone's life deeply.
This morning on CBS Sunday Morning, my Sunday morning ritual, an Iranian immigrant to the USA was interviewed.  He had been one of the best camera men in Iran.  One of the journalists from CBS had traveled throughout Baghdad during the war to film side stories about life with him.  This man and his family's life were threatened so they asked for and were granted permission to come to the USA.

They knew no one.  He had heard someone talk about Lancaster, Pa as a safe and lovely place.
They moved there knowing not a soul.  Even though this man has a college degree and was very accomplished in Iran, he was reduced to work at Tyson's on the assembly line of its chicken processing plant.  He moved up to janitor of a school.  With a wife and four children, he is grateful to have work.  Although of course, he would rather be performing his love, camera work.  He and his family recently returned to Iran to see their families.  It was a bit safer then when they left.  Upon returning to the USA, the US Customs agent upon checking his passport said these words, "Welcome Home".  The man was so touched and the look on his face when he told this story said it all.  Of course that agent has no idea what a good thing he did.  It just reminds me to always try to be nice to people.
It  reminds me of what my parents told me, "If yoú can't say something nice, don't say anything at all"

In that vein, someone forwarded to me the comments of someone who reads the blog.  It has made my day.
"She's curious, clever, sharp witted and has a wonderful sense of discovery about her.  Every blog is a vitamin.  She's quite the ambassador for San Miguel"

Oh my, who knew?  Isn't it interesting to find out sometimes what other people think of you?  I'm touched.
I'm going to have lunch with this person when he arrives in San Miguel next weekend.  Hopefully I'll be as nice in person as he perceives me on the page.

What more can I say?

That was a nice story about the Iranian man. I think the description of you and your blog was very apt! He said very eloquently what the rest of your readers feel.

Thanks Shannon. It always astounds me to find out that the blog has a presence in someone's life!

And, I hope some day that we stop the attitude that immigrants aren't important to society. Someone with a degree from another country should be looked up to for having the courage to make a change to a place where they know no one! It's a human resource to be honored not disdained or ignored. My humble opinion.

It certainly has a presence in my life...I get to regularly visit SM through you until hopefully one day I will get back there. Keep it up, Babs.
By the way, I had the same reaction to the Frida book...yikes, so much pain but then look what she did with it.

I'm glad to know you had the same reaction to the book because I just thought I was being a wimp. I just don't read or watch things of pain and agony or violence any more.
What's the point?
Thanks for the comment on the blog. I was shocked at the man from Dallas'comment. What a lovely thing to be told! I keep hoping you're coming back some day. The guest house is still available for September!!!!! Get a couple of women to come and the cost would be nearly nothing. September is awesome here.......

And a nice person you are. You wear it daily.

Thanks Steve. I could say the same about you! You're one in a million.

I, too, waited for Telecable for 3 days last week. They were no-shows 5 times in a row (I called after every half-dar appt. and was assured they would show up soon.) I'm curious as to what you meant when you said "I'm through". I'm changing my internet service over to TelMex - not that Telecable will care, because it's packaged with the cableTV and they don't charge anything for it. Which is maybe why they don't care about taking care of their customers. Sure wish there was more competition for that service in SMA.

I really enjoy your blog and read it every day.

Hi Marilyn - I'm through means I'm going to Telmex. Megacable never has shown up.
I have Telmex in my house and have never had a problem. I'm keeping my fingers crossed it will be the same in the guest house.......
Glad you enjoy the blog and thanks for commenting.