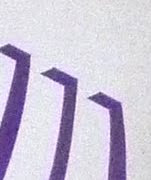 This morning I was thinking of the gentility and generosity of the Mexican people.  A memory came to mind of an experience I had twenty years ago that I have never forgotten.  I'd like to share it with you.

The TRA is the state chapter of the restaurant industry in the State of Texas.  CANIRAC is the national restaurant association of Mexico like the National Restaurant Association is in the USA.
I've been told, at least in the past, that CANIRAC had four times as many members as the NRA.

In the early 90's, my firm at the request of the President of the TRA, Larry Forehand, designed the logo for TRA and all of its state chapters - pro bono.  The firm was small but mighty.  I realized that this would be great exposure and was more then willing to do so.  Besides, I too served on that Board and all boards expect you to contribute something.  I could contribute talent, not money.

It was a huge project but we did in fact design a logo for each chapter in the BIG State of Texas.

Shortly thereafter CANIRAC contacted TRA to see if a joint agreement could be made to share information.  Such as sources for equipment, operating methods and business practices.  They had approached the California group and for some reason they were not interested in doing business with Mexico at that time.  WE WERE.

I was asked if, since I had designed the logo for TRA, I would consider designing the logo for CANIRAC.  I did.  Each time I see it no matter where I am in Mexico, my heart skips a beat and I'm proud of that contribution.  It too was pro bono.
Because of my past involvement in Mexico, I was involved in some of the meetings.  NAFTA was happening at the same time.  It was an exciting time.

In honor of the signed agreement, we were invited to Monterrey for their restaurant show.  I, along with a  group from Houston, and members from all ovcr the state were honored to attend. 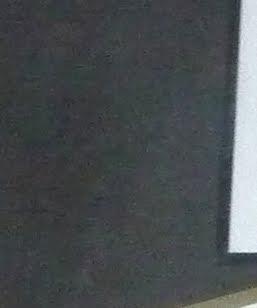 The first evening in Monterrey there was an elaborate and delicious dinner planned for us in the ballroom of a hotel.  At this dinner EACH member of the Texas group was gifted with an item.
Not trinkets.  Beautiful items.  I was given a malachite necklace.  I still have it.

Each day we were treated like royalty.  Even with an escort to the airport in Monterrey to return to Houston!

Fast forward.  A delegation from CANIRAC was invited to the TRA show that same year.  I think it was in Dallas, but don't remember for sure.  Unfortunately for some reason or other, no great things were planned to entertain them.  No gifts were presented.  No escort to or from the airport.  Much to my chagrin.

I'm not criticizing anyone.  Just saying, it is something I've never forgotten.

When I thought of this little memory this morning,  I looked in my portfolio for the TRA logo and for some reason, I guess because that portfolio was to market to the US market, I never put a copy of the CANIRAC logo in there.  Heaven only knows if I still have a copy.

Again, I'm happy that I could contribute something to a people and a country that has given me so much.

You are an amazing, creative woman. I keep learning things about you that I didn't know.

ps bILLIE - Look who is talking about amazing and creative? I envy you your talents. Guess we're just like the saying, "Birds of a feather flock together."

That was a very interesting story Barbara. You are indeed, a woman of many surprises and talents!

Sad though, that the Americans fell somewhat short of the Mexicans in the hosting and generosity departments. Although I must admit that those are two (of many) areas where the Mexicans really excel.

Thanks Shannon - things just move too fast in the USA and sometimes the niceties of life are not attended to in the business world. It's a shame, especially since we are a Global Economy now and need to know the customs!