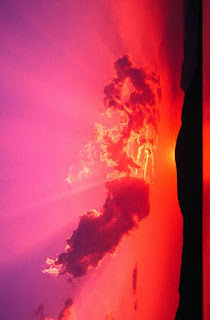 I'm sure there are many people who have no idea who Helen Gurly Brown was.  She died yesterday at the age of 90 years old.

Helen Gurly Brown was the Editor of Cosmopolitan magazine.  A magazine I read back in the late 70's and 80's.

I read that magazine because of the underlying message, to me, which was, "You can do it!"  At that point I needed to hear that affirmation.

My life had radically changed in 1978 when my husband died.  I at 36, with three teenagers was the sole breadwinner from then to now.

I had married at 19.  Had no idea what a single life was like or would be like.  Many articles in that publication were helpful.  Better then Better Homes and Gardens or Ladie's Home Journal.  A few of the articles were on dating.  Something I had not done in almost 17 years.  I had no clue.

Initially I read many self-help books.  Attempted to go to a Parents Without

Yes, Helen Gurly Brown was a great person. She was one of those people who transcend gender. I know (yes I do) that when her soul got to Heaven there was a great outpouring of welcome.

How well I remember graduating from Seventeen magazine to Cosmopolitan!

I may have to go to back issues of Cosmopolitan...still wondering how one finds suitable dates! Good on you Babs! Your adult children must be really proud of you, and gain much from your brave and adventurous soul.

Jennifer - I remember Seventeen too but I read that along with movie magazines in school. Cosmo was about 20 years later for me.

Benne' - LOVE your blog and your comments. As soon as I can figure out how to add you to my blogroll, you'll be there. Thanks for commenting.