Decades and Decades of Life 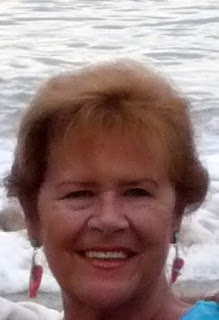 It seems absolutely impossible that the person in this photo is me.
I sat and reflected this morning about the decades of my life.  I don't think I've ever sat and tried to figure out where I was on my 10th, 20th, 30th, 40th, 50th and 60th birthday before - quite an interesting feeling.

At 10 we were in the throes of moving from where I was born, Chicago Illinois to Shreveport Louisiana.
Talk about culture shock.  It was a whole new world.  One where I could barely understand what people were saying because of their accent.  One where I couldn't find the restroom in the school because at that time, they referred to the bathroom as the "basement" and there wasn't one!  It was an adjustment.  One that my mother never adjusted to in her life - she always missed Chicago.  I always thought it was strange that we left our home, but then later in life I realized my parents were starting their forties and I guess looking for a new beginning - somewhere where there was little snow, according to my dad.

At 20 I was already married and had a new baby girl.  What an exhilirating but scary time.  I was always afraid that I would do something wrong with her.  So I just loved and nurtured her.  We were living in Alexandria, La., where my husband, who was in the Air Force, was stationed at England Air Force Base.  That base no longer exists but the hospital, St. Francis Cabrini is still there.

At 30 Houston was home.  The beginning of a long love affair in a city where if you dreamed it or wanted it bad enough you could make it happen.  I loved the entrepreneurial spirit of that city - especially during the 70's through 90's.  Oh my a lot of wheeling and dealing went on there.  But I was a Mom with three little kids. A Girl Scout leader (and loved it), room mother, Carnival chairperson, tutored children with reading issues and read to kids in the library once a week.  I loved my life at that point.  A "stay at home" mom.

At 40 I had already been a widow for four years. My life was changed forever.  Living in Nassau Bay in a house that I bought in just my name was a VERY scary thing but it was a good move for the kids.  At 40 I was working for a Fortune 500 company and starting my own business.  In retrospect, I had no idea what I was doing to start a business.  I started it with a $100 investnment by writing letters to everyone I knew, telling them about the business I was starting.  My first design job came from one of those letters.  The rest is history.

At 50, living back in Houston in Montrose, I was an "empty nester".  The kids were all out on their own.  The business was going gang busters and I was having the time of my life.  It was "rockin' and rollin' time".  I threw my own birthday party that year - it was a reggae party with the limbo stick, a reggae band and a fun time was had by all in the pool.

At 60 I was already firmly ensconced in San Miguel de Allende, Mexico.  In the house that I live in still. The only decade that I have stayed put in my life.  Isn't that interesting?  It has been a decade of ups and downs - losses and sadness but also a decade of new beginnings with two new grandchildren.  Many things to be greateful for.  The contentment I have felt living in this house is something that eluded me  many times over the years.  For me, this has been a great time to explore, not only the country, but my mind and other things.  Writing was something that never occured to me.  It has enriched my life over the last five years as I never could have imagined.

So now, in a few days, that woman in the photo above, will be hitting the 70 mark. No longer can I kid myself that I'm not "getting old" - or, ha, that I'm there!  But I'm still curious to see what the next decade brings.  And, I wonder where I'll be when I turn 80 - hopefully I won't be permanently horizontal.
The doctor recently told me when I went to him for my back pain that "70 is the new 50"! I just laughed.

Nice rundown of the decades. Congrats on finishing another one.

I love to check in on your blog. I just turned 68 and share many of your feelings.Happy birthday a few days early.

Great wrap up of timeline, kind of like my favorite Frank Sinatra song, "It was a very good year".
May you have more satisfying healthy years in your new 50!

Barb,
I am only a lad of 64 but I went to my Japanese eye doctor the other day and he said "I see that you have a cataract" and I said, "No, Doc, I only have a PT Cruiser.

Oh dear Bob, that is SO bad!

Happy birthday, pal. It has been great sharing part of that last decade with you. I suspect the next will be even better.

Thanks for sharing your thoughtful memories. May your next decade be the best!

Thanks all for the well wishes...curious to see what the next ten years brings!

I love your sprit. You may be 70 but your attitud is in the 20's. Good for you, thanks for sharing.

I'm right behind you, girl. 70 in July. Feliz cumpleaño and may this be the best decade yet. (And yes, you only look 50)

First Mate - I hope its the best decade too.......and that I make it another decade! ha

Taking stock of our decades is a very good thing to do. It helps to put our lives in perspective and allows us more clarity on what our priorities should be for the next decade of our lives.

Our time here on earth is woefully short and we need to appreciate it to the fullest. I enjoyed reading your taking stock, and saw many parallels to my life. It seems, taking the good with the bad, and sometimes down right horrible, has turned out to not be as unbearable as we thought, even though there are a couple of things one wishes to change with regards to our losses, especially of the people we adored.

Here's to many more decades for you that are graced with love, compassion, grace, tolerance, and wisdom. You have found them all, and yet, the best is yet to come, dear gentle spirit. Thanks for sharing!

Thanks for the well wishes - I wish the same for you