The Consequences of Inaction 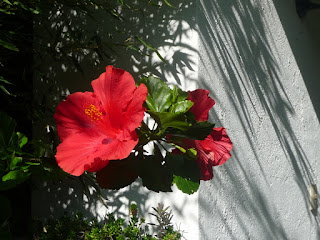 When life gets to be too much I attempt to become a hermit and immerse myself in nature, good books and lovely music.

This past ten days have been that and more with the world situation and a couple of personal things
as well.

I'm like an old turtle, ducking my head in my shell, when there are too many emotional things to deal with on a day to day basis.

Yes, the massacres in Dayton and El Paso had a direct affect on my physche as I'm sure it did on most people.  It was almost beyond belief. Couple that with the fact that many copy cat things have also happened in the past weeks makes me question, "Will this ever end?".  Why all the talk?.  Decisive action needs to be taken to remove assault weapons from the landscape of the USA.  Period.  Since they have to be registered when purchased, supposedly, why not send out letters saying you have x number of days to turn these into the nearest police station or wherever and be done with it.

Too simplistic, well what they did in Australia was just recall ALL guns and then burned them in large piles.  New Zealand recalled weapons likewise.  Why can't the USA? The Second Amendment is bullshit and used by the gun lobby to muddy the waters.

Okay, so that is my say on the weapons of mass destruction.

Next is the treatment of the immigrants coming to the USA for asylum.Those who talk the loudest have more then likely never interacted with Hispanics, Central Americans or Mexicans.  I have.  I know them well.  I have seen their misery and their need to be in a safe place.  I won't go into all my
displeasures.  That would require a short story or book, but truly, the lack of humanity and integrity in how these human beings and families are being treated is beyond inhumane.  The UN says so and so do many countries.  Not to mention the 60% of the US population who is against what is happening to these people.  The breakup of the families makes me shake my head in disbelief.

The most important thing in the world to these people IS their families and their children!  The horror of this keeps me awake at night.  To see the children in Mississippi crying because there was no thought as to what would happen to them when their parents and guardians were detained, is unconscionable.

Yes, three hundred have been released with leg monitors on, but that leaves 370 whose children will probably never see their parents or guardians again.  Because, what they do is detain them.  They have no hearings but eventually one night they load them up and fly them to Dallas or somewhere and bus them to the border and drop them off on the Mexican side, with NO money and NO way to contact their families to let them know where they are.

Don't believe me?  Well, I've met enough of those who HAVE been deported to hear their stories.  The stories are the same and the trauma is still there even after a year or longer.  Can you imagine if that happened to you or your children?  Or anyone you know?

This is not the way.  This is not he USA that I lived in most of my life.  To have friends in the USA now who are afraid to take their children to school or go to work or even go to the grocery store.  It is
hard to believe that the streets of Austin, Houston, little towns in Mississippi and who knows where else are living with this fear.  The fear for themselves, their neighbors and their children.

I have read many, many books on the prelude to Nazi Germany.  If you think what happened there cannot happen in the USA, you better stop and look around.  It IS happening right now and has been for the last two years.

I feel the same pain, shame and disbelief. How can the US become so cruel? I can hardly stand to watch the news. All those little children that were kept and their Mothers sent home with no records made to ever reunite them. why didn’t they send the children home with them. If they had any good intentions, the least they could have done was the wrist bands like hospitals do. They had to know they were being deliberately evil. What will our country’s future be if he’s reelected?

It's best to actually have facts on events.

I agree with Retired Teacher - I'm ashamed of the U.S., and that I'm from there. That to me is as astonishing as what is and has been going on there. Who would have thought it would ever come to being ashamed of being associated with the United States? I want to distance myself as far from it as I can. And I agree with you about the guns, and that what they're doing re immigrants is horrifying!

White Supremacy and Racism in the White House supported by white Republicans (surprise!) is what is happening. They got the power now and you are right, Babs, comparing it to the Nazi process in Germany. Same thing.

Thanks for all your comments. I usually try to not "rant" but "Silence is complicity" rings in my ears.

It is good to know there are many readers who agree and one, of course, who never agrees.

I just had to say it as it has been eating away at my insides. The thought of the children since all this began months ago just makes me sick and sleepless.

I'm so glad I'm in Mexico where the compassion of the people toward those attempting to get to the border and those who have been deported are greeted kindly and helpfully. We ARE ALL related!

Totally agree with you Barbara. It's good to know that not all Americans are manipulated by Trump and FOX news.

Thank you.
What's going on is sickening.

Most Americans are definitely not manipulated by Trump or Fox News!

Thanks R.P., Joan and Anonymous. I have never watched Fox News and attempt to not watch Trump, if at all possible. It keeps my blood pressure down, ha.

Felipe Zapata - I just finally had time to read the article that you reference in your comment. It was so inaccurate that sadly it could be laughable, if it isn't such a tragic situation. I noticed that the writer didn't mention that the owners of the chicken factories had an over $3million dollar judgement against them for sexual harassment and nonpayment of wages. And, as usual, they brought up a story from January that had NOTHING to do with this situation.

So if the chicken factories had a judgements against them the illegal immigrants were saved.

No, those who won the case were never paid! And, now have been taken by ICE!

Facts are a good starting point if, by facts, you mean reality.

Opinion pieces, like the one you reference, are rarely good on facts.

Opinion pieces at Townhall.com lean hard right and rely on cherry picking a sprinkling of facts to grind their dull political axe.

Thanks Unknown. You said it so much better then I could ever have done.

Babs, I don't know you and you don't know me but I read (and love) your blog......I agree 100% with you and am absolutely heartsick at what my country has become. Thank you for your "rant" and honestly!

Thanks Anonymous for taking time to write. It's always nice to hear from a reader.
Sometimes, eventually, I meet them but if that doesn't happen, it is okay because we are "one in spirit".