Another title for this post could have been "a stitch in time", but onward seems more appropriate. 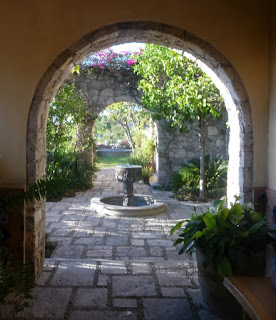 The "episode" or adventure have moved forward after seventeen days of being disabled.  The stitches were removed today.

Don't believe it if anyone ever tells you that removing stitches doesn't hurt.  Baloney.  Luckily, although the doctor had said there were well over one hundred stitches, most of those  are inside and so the amount he had to remove were probably about twenty.  Enough, for sure.

Doc says it will take three or four weeks until everything is healed, but this is certainly a big step.

Part of my arm looks like a human quilt.  When I said that to the doctor, he did not know what a quilt was so I explained it to him...........he smiled.

Onward I go.  Maybe still a little slower then usual.  Maybe fewer things crammed into each day, but onward anyway.

After all, at this point in life, there is no time to waste.

Thanks to all for their notes, their emails, the food, and phone calls.  I saw the anesthesiologist in the lobby of the hospital today.  I had not seen him since the fateful day of surgery.  I thanked him again for all his kind words and actions.  He responded by giving me a big bear hug.

When does that ever happen?  Made me smile.  I'm so grateful.
Posted by Babs at 7:33 PM

So pleased you are on the mend and so very sorry this has happened to you. I am delighted you are once again posting. You are a marvelous ambassador for SMA. Wishing for you accelerated healing. I look forward to your continued good health and reporting of your life events.

Your positivity is what radiates around you and draws everyone in. So glad that you are on the mend. I do like to picture you on those beautiful chaise lounges. Please give our best to Josephina and Javier who I expect must be fussing over you!
Cheers from burning BC, very scary times for a section of our province. The nice thing is that people are really trying to pull together to help everyone including all the animals.

Glad to read that you are making progress. I so resonate with your "there's no time to waste," reflection. Life is fragile. Thanks for your insights.

I wish you a speedy return to normalcy, señora.

Wishing you the best. I have read your blog for years because we were thinking of buying in Mexico and wanted to read about your experiences. We did buy in Mexico, and have just bought our second property and I still read you everyday because it is nice to have another perspective of Mexico and your writing is always so positive and uplifting, again wishing you a speedy recovery.

Ginny, thanks so much for taking time to comment. It is MUCH appreciated.

Shelagh, I have not seen the news in a couple of weeks. I'm horrified to
think that you are trying to survive wildfires. Oh my, stay safe. Thanks
for writing.

Dear Joyce, you will be in my thoughts for weeks to come as you grieve over the loss of Missy. I have experienced the loss of my dog Flash who was my constant companion for 16 years. My heart goes out to you. Life does change in an instant!

Felipe, what an absolutely delightful surprise to hear from you. I appreciate your good wishes. Maybe, soon, I'll be able to head your way to spend time in Patzcuaro and the villages. I hope so.

Karen, what a delightful post from you. Where have you settled? And, obviously you are happy here in Mexico. How great. Thanks so much for letting me know........

Glad to hear that your recovery is coming along well. Perhaps a trip to Mexico City is in your future? I will return there August 7th.
Saludos,
Bill

Thanks Bill for your well wishes. I'm taking it one day at a time. Still weak. The doc says its from all the blood loss. So, I'll see how I'm doing at the end of July!
And I'll make a note on my calendar with a question mark..........Would love to do so.

Happy to read that you are on the mend, it's amazing how life can change in a split second. We miss San Miguel and the Gang. Greetings to all.

Peter, I thought about that a LOT while in the hospital. One minute you're planning your day and the next second it is all irrelevant.

So glad you're getting better, even if it is slowly, which I'm sure is hard for such an active person. I missed your post about the accident, and as I read this one I couldn't imagine what had caused you to have an arm like a patchwork quilt. Oh, my what a bump in the road, that was. How kind you are to have so many nice words to say about Scout!! I hope he's contrite and visits you often with bon bons & flowers. Along with your son and grandkids giving you lots of love.

good for you feeling up to writing again....take care 'tho & don't overdo. slow and steady you know

Lena, thanks so much for such a beautiful note. It started my Sunday morning off with a smile.