On Saturday I was exuberant in packing for my trip to Chiapas.

I had been released by the doctor who had me pumped up on cortisone and pain relievers in order to make the trip.  He said, "Just don't jump into the waterfalls or fall or over-do it or.......".  So I believed him and moved forward.  Oh, I had gone to the Doc because I was in excruciating pain.  I thought I had twisted something, but, in fact, I have three compressed vertebrae in my neck.  Uh oh.  I was surprised beyond words.

I had made my reservation back the first part of October.  In fact, David, the tour guide said I was the first reservation.  I had wanted to return to Chiapas since 2008.  Now I had the opportunity.

Ha!  The Universe has a way of letting you know when you're really not in control of anything!  I awakened
Sunday morning sicker then a hound dog.  Could hardly get out of bed.  You name it, it was happening.  Not a pretty sight.  I presume a reaction to the meds, finally.

Hmmmm,  I tried to cope and thought, "Geez, what if this is tomorrow morning when I have to be at the bus station early for a 12 hour day of traveling?"  Uh oh.  Reality set in.  I looked over the strenuous itinerary, well strenuous three days of continual traveling.  And, if not well, that IS strenuous.  I knew it made no sense to move forward with plans, but, being hard headed, I hated to give up.

By noon, I knew that being sick on Sunday was a semi-blessing so that I wouldn't get midway through this trip and not be able to continue, or whatever.

The emails were sent.  Of course, at this late date there is no refund, whatsoever.  But, at this point, it is irrelevant.  I had someone to room with.  At least she will have a room to herself........

Here's how I rationalize things.  Chiapas will be there, if and when I get there.  In the scheme of things, it's not a live or die situation.  I'm fine, finally, about not going.

And, in order to cheer myself up, I went to look at a few photos I took just last week of things around San Miguel.  With views like this, I certainly am not in a bad place.

Oh and by the way, I have tons of photos from 2008 in Chiapas.  I'll post many of those tomorrow for those of you who have never been there.  It is a beauteous place.

So, in order to add to your pleasure today, here are the photos I took last week.  Enjoy! 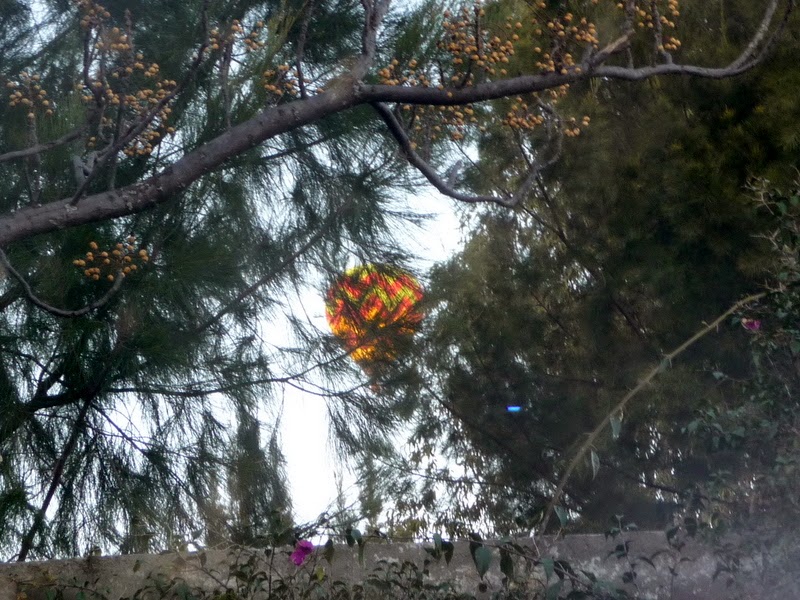 A frequent hot air balloon early in the morning peeking through the pine and china berry tree branches. 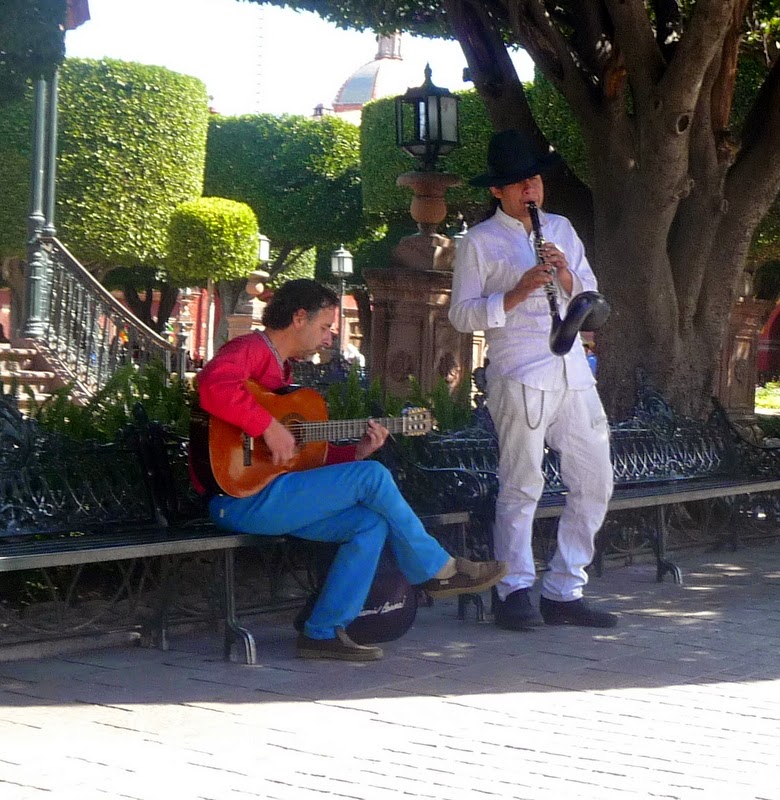 Strolling musicians playing lovely music just for the joy of it! 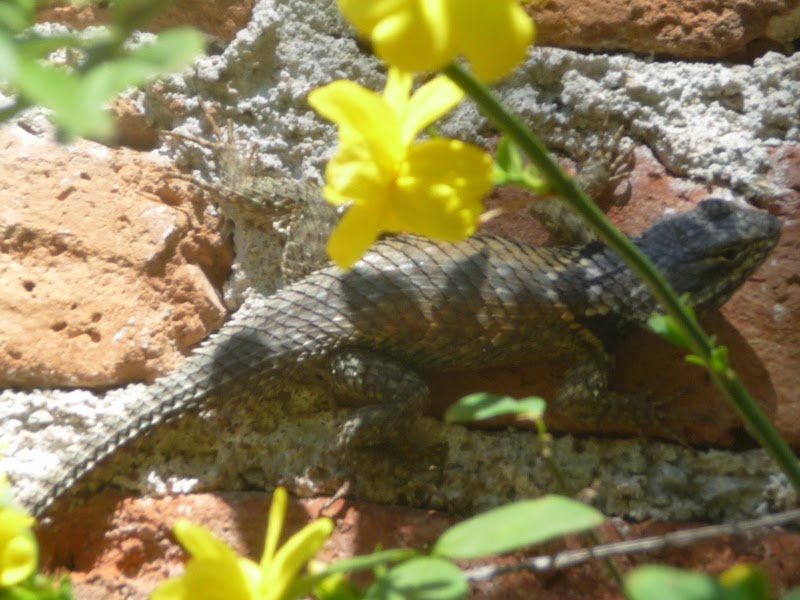 Banksia roses on the wall and guess who is hanging out up there?  The lizard that Velcro has             been  trying to catch for a long, long time 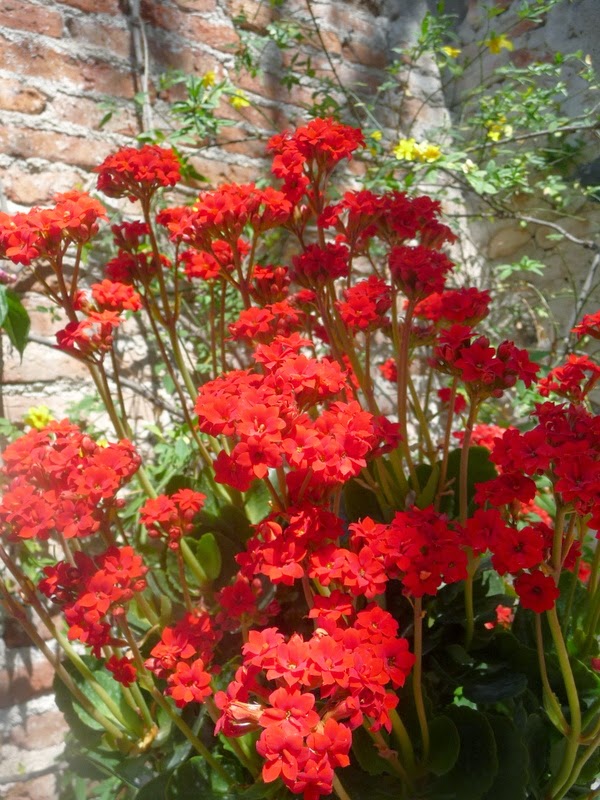 Flowers blooming everywhere now that the warm weather has arrived. 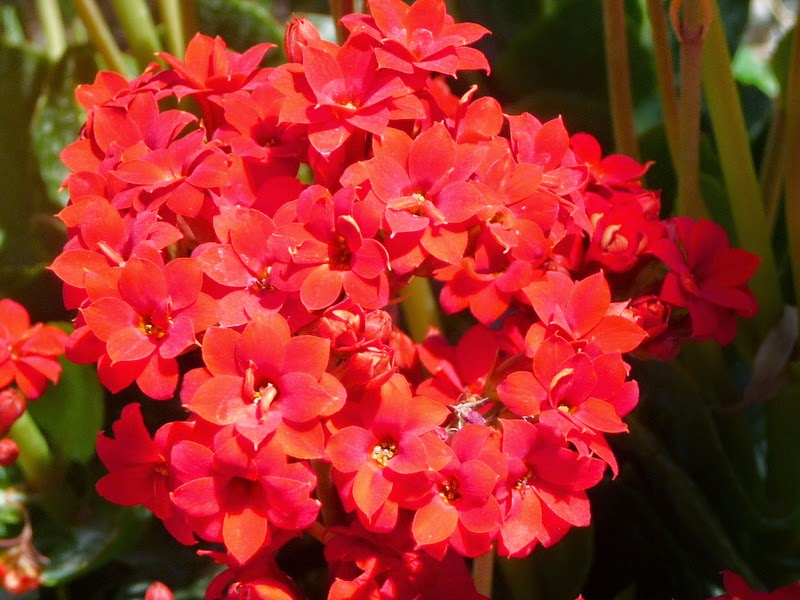 Wow...I know you are so disappointed...the universe and our bodies definitely have strange ways of letting us know our plans need to be altered! I'm sure you will make it to Chiapas again eventually...and like you said there are many worse places to be stuck than SMA! Take care of yourself and get well...

Thanks Charles, I agree, there are many worse places to be stuck! Ha.

BABS - As you suggest better to get the situation depicted before departure. Another time will find its way to your life.

Oh what a drag! But you made the right choise. Looking for ward to the oix from 2008!

This is terrible news, but at least it showed up before you started the trip. It would be heartbreaking to be laid up in a hotel in Chiapas while everyone else was out exploring!

Oh, I'm so sorry to hear this-- was so looking forward to hearing your stories and seeing your trip photos! But, the Universe just seems to want you to stay put in SMA this year darn it! Well... Third time is the charm, right? Start planning a summer or fall get-away even better!!!

This morning as I got up I thought of you and all the wonderful adventures awaiting you in Chiapas. I also thought how great it was that you are of the kind of good health to still do the things you like to do. Now, at the end of my workday I read your news with great disappointment. But it is a good thing that you discovered your problem now with good medical care relatively close, even if you have to go the the capital or to Houston, instead of suffering in Chiapas where, depending where you are, there is no health care to speak of.
Still working full time I tend to live sometimes through your adventures and lovely blog reports and now am even disappointed for myself, fully knowing that now is the time for you to take care of yourself. As you said, Chiapas will still be there and I will still accompany you through your blog. I don't know what exactly to wish you, because problems with the spine are tricky....but my wishes are of the very best kind. Pamper yourself, or allow someone to pamper you and please see a specialist. I have been through problems with my lower spine and hard headed as I am I thought I'd push though the problem.....didn't work as I thought and now I have chronic pain from it. Don't let the same thing happen to you.

Well, this has really been a year of flexibility for you. That is a nice way of saying"canceled trips." But it will give you an opportunity to enjoy your quiet house.

Sorry about your health problems. Feel better. And thank you for the pictures. The flowers are gorgeous. And the musicians are just as colorful. Is that a clarinet with a duck on the end of it??? Never saw anything like it.

I'm sorry that you had to cancel your trip; I know you were looking forward to it very much. However, the trip would not have been much fun if you were under the weather. So in a way it's fortunate that you got sick before you left. I hope that you make a speedy recovery... and that you can plan another trip soon!

You're definitely better at home than stuck sick and in pain on a long grueling bus ride. It's so hard to cancel a trip, but you made the right call on this one! Enjoy being comfortable at home. I'd love to see those jacarandas in bloom!

Thanks to all of you for your kind comments and thoughts.

This would be Day2 of the trip. I know, for sure, at this point that I certainly made the right decision about not going on the trip.

I'm fine. Not in pain and just resting. I'm in my, "one day at a time" mode, which is what I do when I'm trying to reason things out and make decisions.

How unfortunate! What a shock! I hope you will get to feeling better.