A Neighborly Act in Colonia Azteca

Living in a small colonia has its advantages.  Most people have never heard of it and very little traffic comes through it.........usually.  Of course when SAPASMA, the water company or Telmex, the telephone company or whoever decides to trench......all heck breaks loose.

We only have one major access and egress street.  Cuesta de San Jose and Cuahtemoc.  The first coming up the hill and the other going down.

When the trenching about the sewer line started, whenever that was many months ago, everything went to heck in a handbasket.  First Cuahtemoc was trenched.  No egress..........no nothing.  Dirt flying everywhere while the work was going on.  It was as though someone had knocked over a fire ants nest.

People coming by my house trying, desperately to find a way down the hill were forced to turn around and go back to wherever they came from.

Then when they trenched our street, taking up all the cobblestones and piling all the rubble, rocks, dirt and whatever else next to my house, the amount of dirt and dust in the air was equal to a West Texas sand storm.
I had my lips pressed together many a day trying not to complain.  Telling myself, "Patience".

Of course I wrote recently how when the patience ran out I contact the city, the landlord and told anyone who would listen about the dirt pile that had sat for four months.  Then it was hauled off in six dump trucks finally after I complained.  Probably others were doing the same thing.

But, in taking the rubble and stuff, many little rocks and cobbles were left.  I got out there one Sunday, a quiet day, with the rake trying to smooth it all out.  After thirty minutes I decided it was absurd and I would never make a dent in the mess.

Then two evenings ago I heard rakes outside the dining room window!  I looked out to see several women and several men along with about four boys, all raking, cleaning, picking up the rocks and cobble stones.
They cleaned it all the way down to the next street!  It took many hours!

From the window I thanked them many times.  Then I took big pitchers of water and plastic cups out to them. I didn't know what else to do to show my appreciation.  There had been a colonia meeting the week
before.  About what I don't know.  Somehow I surmise that maybe no one was happy about the mess and they took action.

Every time I think I might move somewhere where everything is paved and not so "primitive", as one gringo described it, something like this happens to remind me of how blessed I am to live here.

Here are two photos of the cleaned up area..........maybe some day it will get paved with cobbles.  Maybe not. 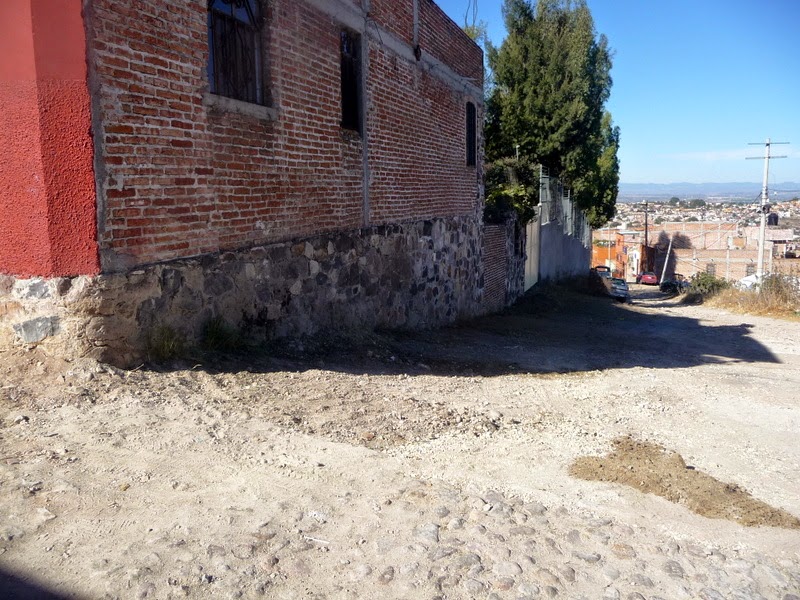 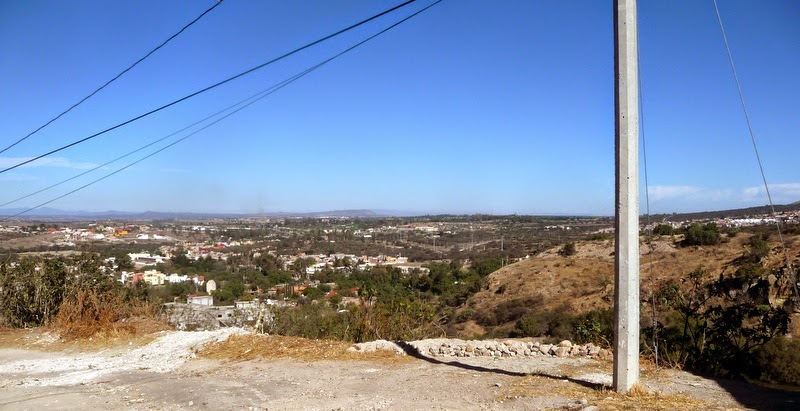 The big flower market begins this weekend.  I think I'll replace the trees that disappeared from the side of the house and make it look a bit nicer.  Maybe use those cobbles piled up over there to encircle the trees to keep the cars from running over them.  Ahhh yes, Mexico!
Posted by Babs at 12:15 PM

You can't want it too smooth. Then it will be a great shortcut down the hill.

The removal of the trees and trenching repairs was no doubt from the tree roots. Although nice aesthetics the utility right of way must be kept clear from future infiltrations. Hope for surface improvements and do not plant what will have to be removed again.

The trenching was in front of my house and had nothing to do with any trees. They were laying a new sewer line, five feet from the front of the houses. They never did trench down Cuahtemoc (the street on the side of the house).
I need some trees on that side of the house as a windbreak from the northern winds. Planting will begin next week.