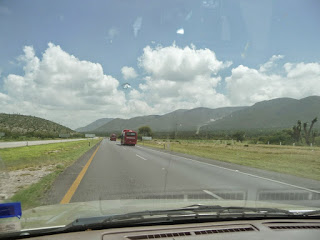 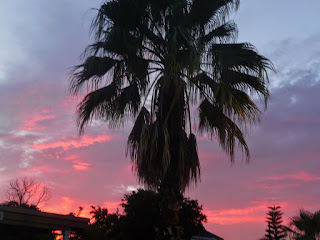 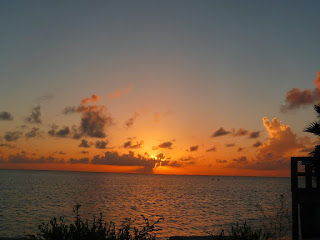 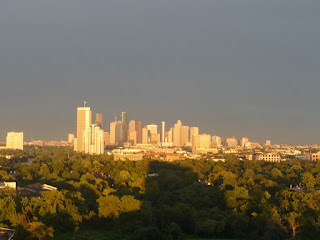 Oh heavens! Blogger has changed the way to download photos so who knows if these will post or not. Sheesh, what a way to start back "in the groove". I AM back in San Miguel and it has taken over a week to recuperate and get caught up with all the things that need attending to when gone for six weeks. House, gardens, me, along with mail, groceries, grand kids and friends. A new tenant from Florida is residing in the guest house. A woman who has read the blog for the last three years! Now I THINK I'm finally caught up, sorta. It was the most exhausting six weeks that I can remember in a long time. At least I felt that way at the end, in the hotel room in Laredo. In fact, I arrived there on a Thursday afternoon where it was 101 degrees. Still had a few things to buy to bring back. I got to the motel room at 3PM and went to bed and slept til the next morning when I crossed the border for San Miguel. I don't think I've ever done that before in my life..... The time in Houston was chock-a-block full. I have mentioned it in previous posts. But, at the time, I couldn't post any photos and here are a few (hopefully) on this post. The first photo is on the road going north. Obviously, somewhere in Mexico, Hyundai buses are being made for export. There was a trail of them heading north! The next photo was taken while I was standing in the parking lot of the Artillery Club in Galveston. Beauty is everywhere, in my humble opinion. I looked up at this stately palm that has survived, who knows how many hurricanes, and just had to capture the beauty of the sunset behind it. Thirdly, is when I was out on Sportsman's Road on Galveston Island with Sue and Vandy. The sunset photos just were absolutely beautiful, to me anyway, and this is one of my favorites. Last but not least. While staying at my friend Martha's on the nineteenth floor overlooking downtown Houston, I noticed that the sky was turning a weird color as the sun began to set. Add to this the fact that there was a storm coming from the east. I looked out and was stunned at how the buildings in the downtown were shining against the backdrop of the dark sky. It was just one of those things that I was lucky enough to witness. These are four of 185 photos. Lots more to share with you as time goes by. Some of clouds are, to me, mesmerizing. Along with some of goats, kids - well you get the idea. Thankfully the trip home was, as usual, uneventful. Well except for one thing. I decided to bring back to San Miguel a birdbath that was purchased some time in the 70's. It was moved from house to house and kid to kid, but, since Julie isn't into gardening, I asked if I could bring it here. It is the heaviest thing imaginable. Once it was in the car, in two pieces, I hoped that I wouldn't have to move it. BUT, of course, as luck would have it, it was in the very back of the car and caused the car to rock from side to side as it was unbalanced or something. So, in the parking lot of the motel, I moved it up right behind the back of the front seat. I mean to tell you, it was an ordeal. Then, as I crossed the border, of course I got the red light as the weight of my car was overweight. The Mexican customs guy wanted to know what the upside down bowl was. I told him it was sanitario para aves. A bathroom for birds. He just shook his head and said, "Adios" I chuckled off and on for the whole trip. I'm glad to be back where I can hear the birds, watch all the Monarchs coming in, and, of course, hear the fireworks some nights, along with the church bells.
Posted by Babs at 11:15 AM

Hmmm, interesting that all my paragraphs have disappeared into one long blogpost. What the heck?

I am so glad you are back. Missed your posts quite a lot.
BTW, I didn't know that Monarchs came through San Miguel. Do they stop anywhere, or just try to fly through all the traffic?

Thank goodness you have not changed your writing style into all one big paragraph! Welcome back!

Glad you had a safe trip home. I too missed your posts.

The last time I posted pictures, last Tuesday in Madrid, there was no change in how pictures are uploaded. And my last post on Thursday had paragraphs. Hmmm, I'll have to see what happens the next time I write an entry with photos.

I'm with Croft - I had been thinking this paragraph-less post is unlike Babs - now I know.WHY do they keep changing things that work!

I started to worry about you last week and missed your posts. I decided to wait a few more days, but definitely drop a note today. Here I am, relieved that all is fine with you. I hope you will take your time in re-adjusting to the gentler life of SMA, while I look forward to your posts. Take good care of yourself !

Welcome back. Hopefully you have someone burly to help you set up the Sanitario para Aves.

Kim G
Boston, MA
Where we have literally thought for years about getting a birdbath, but alas, our birds are still quite dirty here.

Thank you ALL! When I had NO comments by the end of the day, I thought, "Oh no, I've lost everyone because its been so long since I posted!" THEN, I checked SPAM. Lo and behold. Here you are and I'm so glad to hear from EACH AND EVERY ONE of you......
Christine, the 9 monarch sanctuaries are south of here so many, many, (like millions) come through here. I LOVE seeing them dip into the water sources that I provide in the garden after they suck or do whatever they do with the blossoms in the garden. The sight of the monarchs never stops thrilling me.
Croft, you think the one big paragraph is ok? I hope so because I have no idea what to do about it........
I hate when they change things on programs for no reason at all.
Thanks to all of you for commenting. It has added to my "Welcome Home"!

Concerning the one big paragraph...
I don't know what happened with you, but I just added a post on my blog, and paragraphs appeared normally.

Retired Teacher - I think it was computer gremlins just playing with me! Cause the next blog was no problem.........