I had met Chris about this time last year when I traveled on the Roots On The Rail train trip from LA
to Seattle and back in restored Pullman cars.  It was an "over the top" treat with ongoing music, deliciously prepared food, scenic scenery along with about fifty people from all over the world, including some great
friends.

I wrote about the upcoming trip at that time.  Imagine my surprise, when one of my dearest friends, Amanda, emailed me and said that she had known Chris as a baby in Ecuador!  I had forgotten that she had been born
in Ecuador.  I was astounded.  We corresponded back and forth about this fortuitous circumstance.

The day that we were departing from the LA terminal, I met Chris.  I turned to him and said, "I have a dear friend who knew you as a child in Ecuador".  Without hesitating, he said, "Amanda"!  I was flabbergasted.

They had not had any contact since he was about seventeen.  Although Amanda's parents and Chris's parents had stayed in touch until all had passed.  Amanda had, over the years, enjoyed Chris's music.

Chris and I sat, at one point or more, and talked about my longtime friendship with Amanda.  About her husband and family and all that kind of stuff.  He shared his life with me as well.  About his wife and daughter and his career and his traveling, along with where he lives at present.

I doubted when the trip was over that I would ever see Chris, Peter Case, Dave Alvin or Rick Shea again.
Amazingly, I've also seen Peter Case since!

Amanda got tickets.  Wrote to Chris to let him know that we, along with her husband and cousin and her significant other would be there. 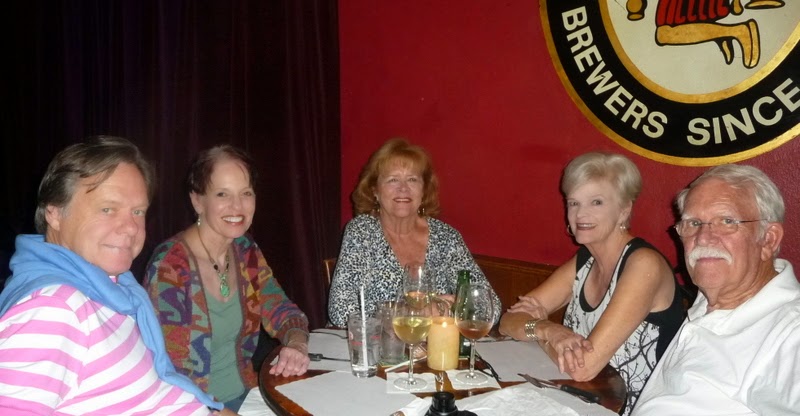 I was the first to arrive.  Chris was warming up with another musician.  A superb guitarist whose name I don't recall.

He headed over to talk with me and expressed how much he was looking forward to seeing Amanda after all these years.  I could hardly wait to witness the whole evening, to tell you the truth.

Then the group arrived.  Chris came over and the conversations began.  How wonderful that somehow this could happen!  I was delighted.

The first show was exceptionally good.  Chris would give us looks to see if we were enjoying the show.  Are you kidding?  It was fabulous. 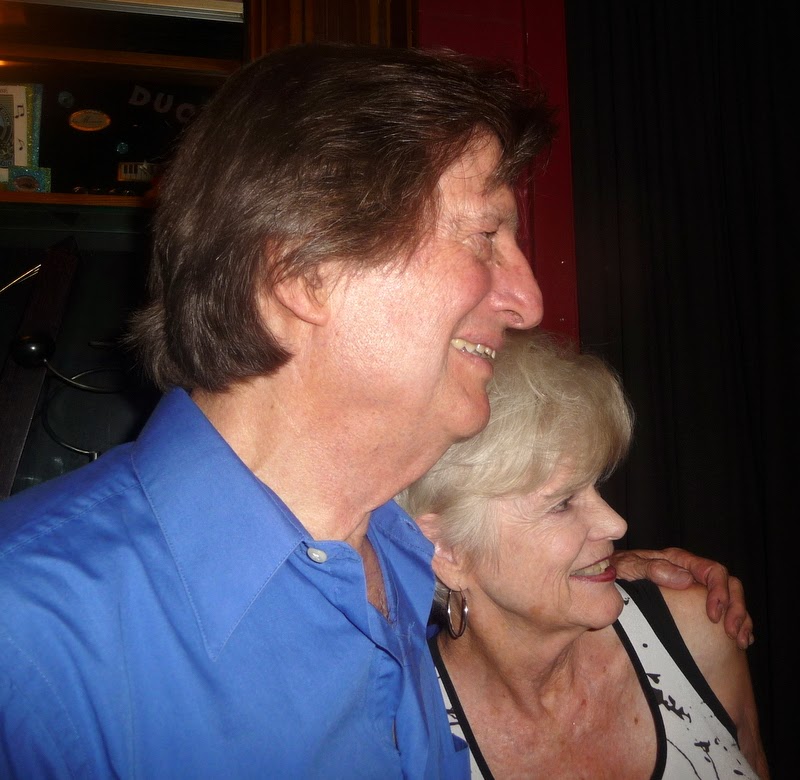 After the first set, we went to buy cds and take photos.  Unfortunately, this one is from the side. 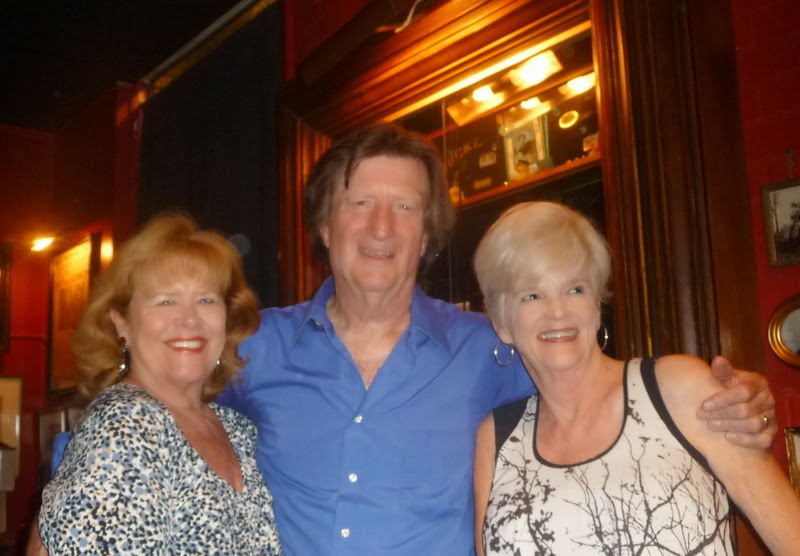 But, this one, taken by someone else, got us from the front.  None of us in the whole group wanted the night to end.  It was truly a "once in a lifetime" experience to reconnect two people who had grown up a little bit together as children.  What were the chances of that?

The older I get, the more these kinds of things happen.  There is no such thing as a coincidence!  It's synchronicity.

If you get a chance, go on You Tube and listen to Chris.  You'll be hooked.  He's been on the music scene for 50 years and has just had two new albums released.  One is a retrospective with him singing (that I've nearly worn out) and a new one with singers from his genre honoring him.  He is lauded for his distinct blues style and song writing.

Barbara, this is such a beautiful story. I love it.

Great post. Don't know if you have Spotify music streaming service in Mexico but after reading about Chris, I searched for his music on Spotify and found 14 of his albums! Cool.

How do you get Spotify music systems? On your computer or what. Have never heard of it! Thanks for the info.......

Babs, Just do a search on google for Spotify or Spotify web player and go from there. There are free and paid versions. There is also an app for smartphones. It has only been available in the US for about a year.

Thanks Unknown. I so hope the musicians get paid for these various venues....I'll check it out.

Unknown, I see you're from Tyler - I assume Texas. Wonder if you've met my niece and her husband, Amy and Jason Zook! That would be a small world.......I don't know how big Tyler is. When I was a little girl, growing up in Shreveport, we went there a lot to see friends and it was a tiny town.

A wondeful story about reunion.
A similar thing happened to me recently when a friend reconnected with me after 42 years. We spent our childhoods together in Maracaibo, Venezuela. After that my family moved to the Netherlands, and his to Guatemala...

Thanks for sharing Peter! A small world reunion story too.