"The Schedule" according to Velcro the Cat 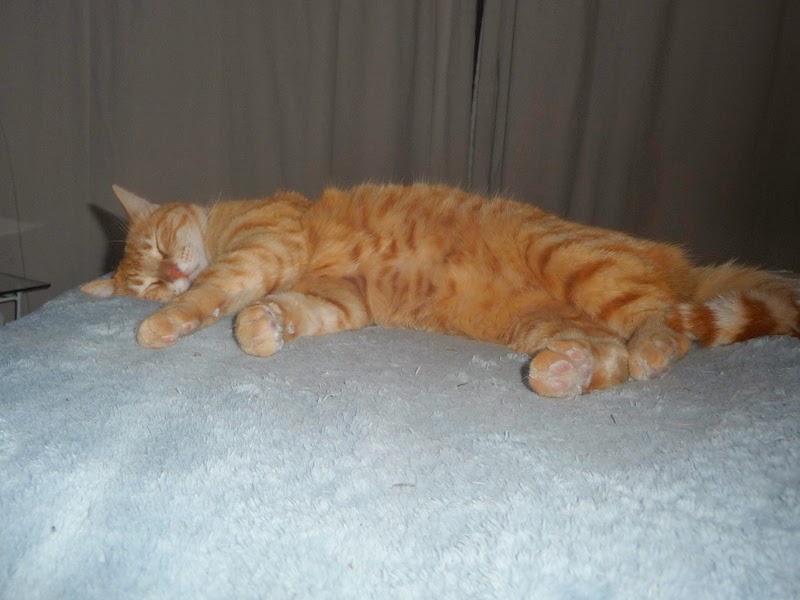 Although all three of these photos were taken on the end of my bed, Velcro is seldom in this place, except for a few hours each night.  That would be from the time the news comes on until HER favorite show, Wheel of Fortune comes on and she stays through Jeopardy, just to keep me company. 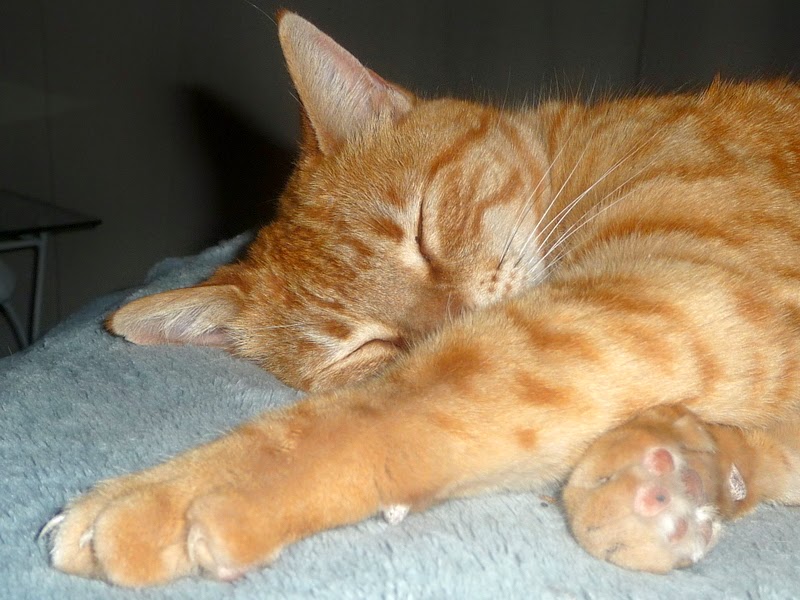 Believe it or not, a day is very busy for Velcro.  It occurred to me a couple of weeks ago that it operates on a split second system.  The only other participant in HER schedule needs to be me, sometimes.

It is all quite hilarious as this is the cat who had nothing to do with me for years - even after she went from being feral to living inside the house, which was eight years ago.

Now, she has it down to a science and I've learned it does me no good to ignore the role that I must play.

Here's how it begins.  Sometime during the night, Velcro goes outside.  She has learned how to open the door and go out.  I hear the door slam and know she's outside, but, at least, I don't have to get up to let her out.

Then at 8:05AM, she starts rattling the screen door to be let in.  I attempt to ignore her.  She rattles more and then meows.  It's easier to get up and let her in then to have the door slightly slamming.  In she comes, meows at me (wish I knew what she is saying, but I think it's something like, "Well it took you long enough - I'm hungry")  So, up the stairs she flies and I can hear her crunching her food.

As I head to the sink to brush my teeth, put in my contact lens and take my pills, she comes flying back down the stairs, jumps up on the LEFT side of the sink and sits waiting for water.  Now, please understand, this cat has a bowl of water next to her food bowl, but nooooooo, she wants fresh water.

I purposely make her wait until I have completed my endeavors.  During this time, she will stick a paw in the sink as if to say, "Where's the water?"  As I leave the sink, I fill the bowl 1/4 full for her highness.

She then returns upstairs to the suede covered loveseat which is her morning siesta.

When I head up for my coffee and morning snack, IF it is something she likes such as cantaloupe or blueberry muffins, she will quickly come to where I sit and give me the "Velcro glare".  It says, "Surely you love me enough to share!"  Of course I relent because then I know she'll go back to her roost.

Mid-afternoon she goes out.  To where, I have no idea but stays out for a few hours and comes back in about 5, just about time for the news and her favorite TV shows.  It amazes me that she has this internal clock that tells her what time it is or something.

The same scenario is repeated.  There is one change sometimes.  If I happen to be sitting at the computer, which is next to the door that she exits, she won't open it herself, but will take her paw, push the door open and let it slam.  If I ignore her, she does it until I reach around and open the door for her.  My limit of letting her open and slam the door is three times max, and she knows it!  Smart cat.

Another difference is IF I don't get up right away when I let her in in the morning, she will still run up eat, and then come back down and curl up in the sink waiting for me to get up.  It's her way of letting me know that I can't sneak water past her or something. 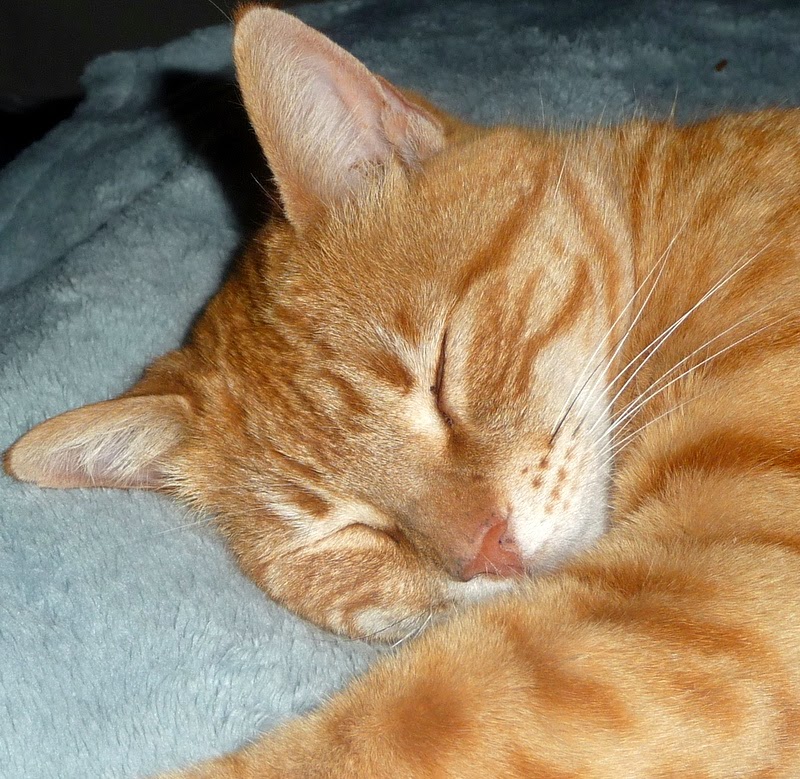 Now, I don't think I have that much of a routine, but, obviously, watching Velcro it now appears that I must because she can anticipate or cause my routine to be what SHE wants.

In addition, when I go out to water the gardens or get something from the storage shed, there she is just like a dog, following me from pillar to post.  Darnest thing I've ever seen from a cat!  Hence the name Velcro.

How did this feral cat that I didn't even want turn out to be the Mistress of the Casa? Do tell!
Posted by Babs at 1:38 PM

I love this story. It almost tempts me to get a cat. Almost.... but not quite.

A very sweet, and obviously a very intelligent animal. I love cats, but unfortunately I am mildly allergic to them.

Billie - a kitten to play with your puppy would be so much fun! Unfortunately, Velcro's only way of playing with the dog next door is to run away!

Bill, I'm amazed at this cat. Who ever thought cats had personalities? Oh, and when I talk to her, her tail thumps! Just like a dog's tail.......who knew? I've always been a dog person.....

Dogs have masters
Cats have staff!

It is funny how they have their schedule. My son's cat goes somewhere every morning and comes home at exactly 6:00 at night, brushed, groomed and fed. She has another home somewhere but they have not been able to find it. Her "other family" probably just think they are putting her out for the night.

Croft - how funny~~ When Velcro comes in I can tell when she has been down in the canyon, her usual hunting place as she has burrs and grasses all over her body. It takes me time to get them all off of her. I should photograph it the next time cause she sure looks funny! Wish some one WAS grooming her other then me, ha.

Indeed, and I'm a staff of ONE! ha

My cat Henry bangs on my window every morning about 5:50am to go out. If I want to sleep later it must be left open all night for his (imperial) convenience.

Babs, Velcro 'saw you comin' she has a good eye!

Rick, I'm finding out that cats are smarter then I initially thought! Funny that your cat has a method to wake you as well!