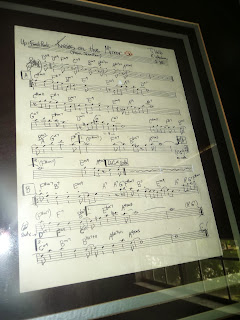 Get ready.  Get set.  Head to San Miguel de Allende.

All the cultural stuff has started.

This weekend crammed into three days are First Friday art openings at La Aurora. The Art and Artesan Market at the Instituto.  A Golden Elephant sale nearby to benefit Patronato Pro Ninos, just to name a few.

Then, the 12th, 13th and 14th the Fifth Annual San Miguel Festival of Blues will be held at the Hotel Sautto for the first performance of Sunset Blues Group.  The other two or three performers will be at the Teatro Peralta.  They are Jeanie Lynn from Tennessee, Ivanovo Engelo from NYC and Europe along with Los Betas and La Oca from Queretaro.  I'm not familiar with any of them, but I'm game to go and see if any of the performers are good.  My guess is they will be.

Then the tried and true magnificent 35th Annual San Miguel Chamber Music Festival plays off on July 26th with Enso String Quartet.  They are followed by the Grammy award winning Parker String Quartet.  They are absolutely awesome.  They will be playing Bartok, Dvorak, Mozart, Beethoven and Schulhoff. The festival concludes on August 17th.  Go to their website for all the particulars.
www.festivalsanmiguel.com

Just prior to the Chamber Music Festival, the Guanajuato International Film Festival will begin showing films on July 19th through July 28th.  The delight of this is many are shown on the side of buildings in front of the jardin.  It's a lovely evening to sit on a bench or the concrete wall or a chair set up by the festival and watch films in the cool evening air - for free!  Many venues throughout town along with many films.  Dignitaries from the world of film and production will be here and in Guanajuato.
www.guanajuatofilmfestival.com
The festival is called "Festival International de Cine de Guanajuato".

I'm looking forward to it all! Aren't you glad you live here? Thanks for the film festival info, I didn't know about that, it sounds wonderful. I'm going to check it out.

I wish I could be up there to enjoy the music and avoid our heat. But this tooth will keep me in place for a few more weeks.

Steve, the Chamber Music Festival goes til August 17th.....hang in there.