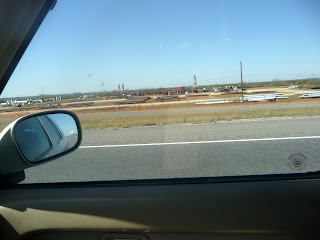 I tried to photograph while driving on Hwy 35 between Pearsall and Laredo to show you the
amount of "pipe" on the ground, as "oil field trash  call it. Along with all the pipe needed
there is all kinds of other equipment to see. 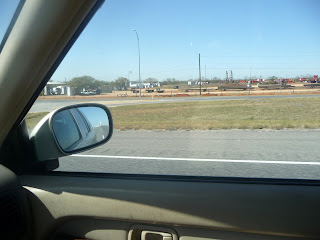 You can click on the photos to see them in larger size.  It's a little difficult
at the speed I was traveling to focus very well. 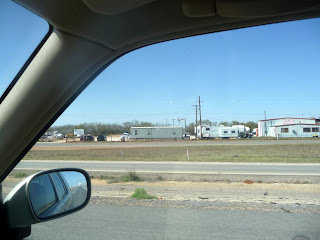 Lots of "man camps" of trailers lined up along the freeway with
oil field workers drilling for natural gas and other assorted stuff living in them
A goldrush but with oil and gas. 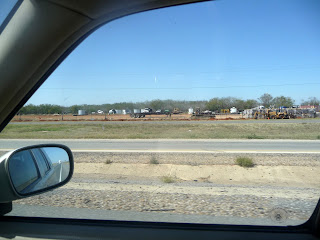 What you don't see is the amount of traffic around me.  Big trucks
driving with oilfield equipment.  Lots of service trucks.  And
construction going on everywhere.  Schools, grocery stores, large motels
and some housing all being built at a rapid pace. 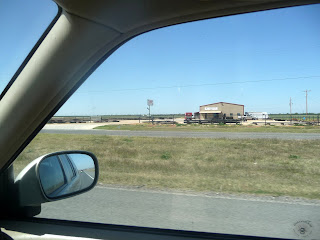 These fields used to be only good for raising hay or sometimes grazing cattle.
Owners are, in many cases, making ONE MILLION dollars
a month.  I read this several times in several newspapers.  I'm not making this
stuff up! 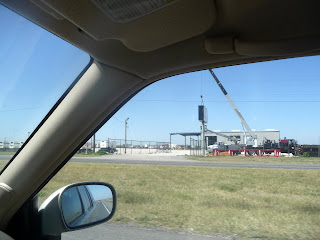 Of course my brain started working.  Hmmm, what kind of work could I do
to make some money in this discovery that's supposed to last at least 30 years.
A taco truck?  A laundromat?  Who knows?  But, for others there is so
much opportunity for work that it is staggering. 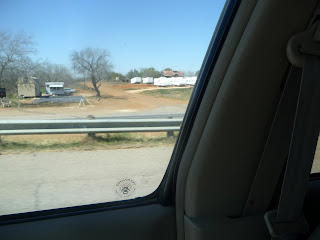 The first time I heard the words "Eagle Ford" was when I was checking out of the Pearsall Inn.
It used to be my stop after driving about 10 1/2 hours from San Miguel heading north. It's
a clean little motel and was about $45 a night.  So, as usual, I checked in, spent the night and when
I got ready to check out in the morning, the bill was $125!  Whoa.  I asked what the heck was going on?  The owner, a very nice man who once mailed my pillow I left there onward to me, said the words, "Eagle Ford".  I thought he meant a car dealership or something.  I couldn't hardly wait to check the internet and see what it meant. 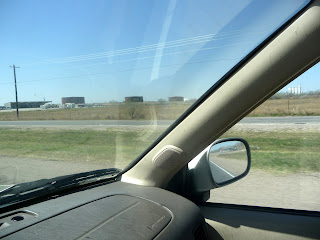 Holy moly!  It is a monster find just like the one in North Dakota!
Now there are huge storage tanks as you can see in the photo above. 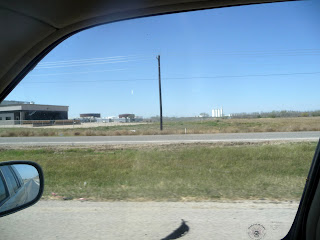 New headquarter buildings of oilfield companies and flares everywhere on the east side of 35 going north!  It is quite interesting every time I make the trip through this area - about every six months -
to see how much development has occurred.

The last article I read said the banks in the area don't know what to do with all the money being deposited in their banks.  It is THAT much.

The newest billionaire in Houston, leased 100,000 acres to Shell Oil for a billion $.