Going "with the flow" - Part II 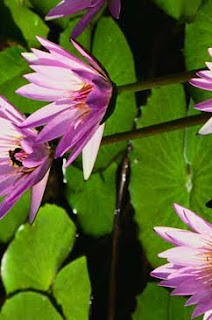 I pride myself on being able to go with the flow about 99.9% of the time.  Yesterday I hit the .1%, I'm embarassed to admit.

Dealing with companies and systems in Mexico sometimes do that to me.  Usually I can go to a "calm place" but NOT yesterday.

The saga began on August 9th when I went to Telmex to set up wireless internet for the guest house.  In the past I didn't provide that service and it was up to the tenant to set it up.  Always it was done with Telecable which is the alternative internet carrier here.

I would have done the same on the 9th of August but a few days prior, the new owner of Telecable who is now Megacable began offering 120 channels of TV service for 100 pesos.  From the lines in their building it appeared that all 180,000 inhabitants of the area known as San Miguel and its environs were trying to get that service.  Hence, I decided to go with Telmex.  It seemed logical since the telephone service in the guest house is Telmex.

Upon arriving at Telmex on the 9th of August, the service was set up, the wireless modem was handed to me and I was gone in 15 minutes.  I was amazed, shocked and disbelieving that anything could be so simple.  But, I convinced myself that I had not had to deal with Telmex in eleven years and happily they had obviously gotten their act together.

On the 14th when the new tenant of the guest house arrived, he was presented with the wireless modem, the instructions and the 1-800 number, if he had any questions.  He is tech savvy so I had no doubt it would take a few minutes.

Oh trusting me.  Telmex had never turned the service on.  Said they were having server problems and didn't know when they could turn the service on.  Meanwhile, in my house I have Telmex internet so we knew it was a bunch of hooey.

So Friday morning I trooped to Telmex with bill to show when I came in, explained my problem at the local office and was told there was nothing they could do.  ONLY the 1-800 people could do something.

So, off to Megacable I went.  Are you still with me?  The plot thickens.  A new employee helped me fill out a contract for wireless internet service. I signed the contract and was told a technician would bring the modem in 1-10 days..........Aaargh.  Then about 1 1/2 hours later the new employee called to say I had an unpaid balance on this address.  I told him that had been an administrative error that was resolved last April and that I had all the paperwork showing that.  He, of course, asked me to bring the paperwork.  Off I went again to Megacable.

It was jam packed with people.  I sat down and patiently waited 45 minutes to see the new employee.  I go into a "zone".  I was fine.  The new employee saw me and smiled.  As it was my time and he finished with the customer prior to me, I got up and walked to sit down in front of his desk at the urging of his supervisor.

A lady who had walked in not even five minutes before cornered the new employee, handed him her problem paperwork and off he went with her!  I sat another 30  minutes, fuming.

Then I did something that I have never done before in the forty years I've been in Mexico, I told off a Mexican man.  I told him what he had done was wrong.  That that was poor customer service.  That I was displeased and they needed to have a number system or something so that people went in proper order.

He apologized and apologized.  I was of course sorry that I said anything.  I re-explained everything to him, pointed out the woman who had helped me in April and the fact that while he was off helping the other woman she said she remembered me and would explain it all to him.  So he made copies of my receipts and I left.

At 5:30 last night he called to say that the only way they could set up the contract was to use my address and not the guest house.  Whatever.  Yes, of course, I said.

Then I apologized to him for saying those things to him.  He was very, very gracious and said he had learned a good lesson.  He said his supervisor had told him the same thing after I left.

Even though I wasn't rude to him, I felt bad that I even said something.  Guess I didn't "go with the flow".  I was more like a tidal wave.

Think of it this way. It is a great blog post.

Sadly no customer service is becoming more prevalent both NOB and SOB.
Automation and being able to blame the lackadaisical attitudes which are no able to hide behind "it's a computer problem" when indeed it is nothing close to that. Because Telmex and Megacable are monopolies they do not have to aspire to do much more than the minimum.
I am surprised that they didn't accidentally disconnect your main service....
You can only go with the flow so much, before you need to say something. Don't feel to bad for what you did, I probably couldn't have even waited as long as you did.

So true Steve - but in the meantime you have no internet! Aaargh.

Babs, to save future issues, why don't you go wi-fi in your place, and lock it down with a password? You guest cottage is close enough to run off the same unit, and you can provide your guests with the password if needed? Seems an easy solution, and as you use the 'net on a regular basis, it becomes a perk for the tenant, unless they want the hassle of their own connection.... Just a thought...
Dan in NC.

Babs it is not difficult to setup a wifi that will work from your connection in the casa to the rental - it hardly seems worth getting an additional connection.

I would check my speed
http://www.speedtest.net/

Maybe you can get Steve to help you get rid of that "Prove you are not a robot" nonsense.

Thanks Calypso for the suggestion. We'll see what we can do! When there was someone in the guest house with wifi, I couldn't use it over here when my computer service was out.......too far away.

And, thanks for the speednet site. I've been wanting to check that but didn't know how to do that.....

Thanks Dan - I'll check on that. I had asked my computer guru and she said it wouldn't work.......

And, then, see what I said to Calypso. We'll see.

Babs, you are a Southern gal, no matter where you are from originally! I hardly think that informing someone on how customer service needs to function is a loss of composure. However, I know the let down one feels when there is that 1% build-up. Honestly, I've experienced this more times that I care to admit. It first began with driving, but extended to visits to the OXXO, or really, any service that is used by both locals and expats. I now just do what they do - if they get into my lane, get in line before me, I do the same right back.