There was an article on Yahoo yesterday about three different studies of the walking patterns of people who possibly could have early dementia or Alzheimer's.  The study indicated if people shuffled along and not with a speedy gait that this was a possible indication of the above illnesses. That's the short of it.

Because of this, I decided yesterday that I would speed walk down the hill and through town.  I HAVE been shuffling along and not at a speedy gait for about a month.  This was due to the fact that at that time I fell twice in one week - first on the left knee and then the next day on the right knee.  The right knee incident was because someone accidently tripped me as he stepped in front of me onto the curb.  I fell in the middle of Reloj.  One of the main centro streets. 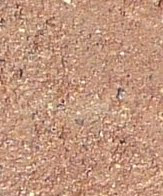 Careful I have been.  Two black and blue knees were hurting so bad that I couldn't kneel, at all.
They are well and I was determined to zip through town today - just to prove to myself that I still can do it.

THEN I got to Mesones and saw the whole in the cobblestoned sidewalk.  Next it was mud from all the rain we had this weekend.  Hmmm, slippery mud.  Slow down.

Turned the corner.  Onto Reloj, the street I fell into last month.  Note the lack of wideness of the sidewalk?  Add to that that when a truck parks illegally, it becomes even narrower for walking.  People do a slight sidestep by turning their body sideways and holding any packages in front or behind themselves to walk most sidewalks.  Quite an interesting move.

Notice the fact that the stones on the far inside and outside are rather rough cantera, but the ones that are black, cream and rust are smooth.  THOSE are the ones, that if wet, can send you off like Hans Brinker skating down the sidewalk without benefit of skates.

Then just to check your visual dexterity, there are the indentations where the manhole covers are on the street.  Not a straight shot sidewalk.  Alertness is absolutely necessary.

My conclusion after walking for about forty-five minutes today is that anyone who can navigate these streets, at ANY speed, has to have the mental dexterity of a 20 year old.  I have totally dropped the idea of "speed walking" anywhere.  At least til I get to a town with smooth sidewalks.

Send those scientists here.  Let them see people in their eighties who are blind walking with white sticks, or on crutches or whatever - still walking mostly unaided.  Maybe that would be an interesting study.

No way Babs! About the ONLY place one can "speed walk" in SMA is in the parking lots at the Mega, or La Lucienaga. Walking, since the town is so picturesque , and deadly to un-observant knee caps, at a leisurely stroll is the most efficient bipedal method of locomotion! The fab thing about SMA is that the town totally conspires to slow people down to the pace best suited to their personal happiness !
Cheers!
Dan in NC

What a great observation Dan. So true.