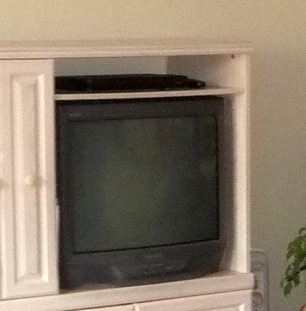 Not since Mega put up a grocery store with an orange front; or Starbucks announced it was arriving in town; ditto Subway, has there been such an uproar in San Miguel. It started a month ago.

It was a quiet uproar that was carried out on the Civil List and by telephone. "Do you have Dish network service"? "No do you?" "Any channels?" "No, do you?"

Then the realization set in that although many expats had been paying for pirated service with a fictitious address, SOMETHING was wrong, terribly wrong.

Calls went out to the installer in San Miguel. He had no answers. Some called the tech support office of Dish. But, of course if your address was in NYC or Del Rio, or wherever, they had no clue what was wrong.

Well, it appears what IS wrong is that the satellite stopped functioning and another satellite was put into service. It does not, as I've been told but cannot verify, provide service to San Miguel any longer. I don't know but if Dish was anywhere else in Mexico, I wonder if it is gone there also.

It's like a nest of red ants has been knocked over. People are scurrying trying to find another service. Some people on the Civil list have been questioning the integrity of the installer - as if he could move a satellite! Isn't it interesting how people go into "attack mode" when they are angry and upset?

I've been on the sidelines watching and hearing all of this. I don't quite know what to make of it. The roar has subsided now. So I guess either people are getting used to talking to whoever they live with or they have found other means of recreation. Who knows?

Pátzcuaro seems full of Gringos with TV service from God knows where, everywhere but here. They do it by hook and crook. It´s fraud no matter how you spin it. It´s not the kind of fraud that gets you 20 years in the slammer, but it is morally questionable.

I get my cable TV from Mexican Megacable. I likely pay more than those other folks or at least have fewer channels. I live with it.

It´s simpler to just live the way Mexicans live. And it ain´t bad.

Here in Merida we have DISH through TelMex. Great service!

Golly, they may have to do something radical, like READ!

Well, since the people were paying nearly $80 a month for the service, and payments were going directly to Dish, I'm not sure if it is fraud, Felipe. They were just not using the correct address......Many, many Mexicans have Sky and Canadian satellite. In fact at a Mexican friend's house was where I first saw Shaw which is Canadian......
Nancy, I understand that TelMex has just started Dish - but it, as far as I know, doesn't have the US channels such as the networks.
First Mate, wouldn't THAT be radical. In fact, I've read three books this week myself, ha.

Ok, here it is.
You can still get Dish in San Miguel you will have to upgrade your size of the dish to 2.4 meters. The satellite that you were aimed at which was at 119 degrees, was changed and the footprint of the signal is geared for more coverage in the continental US and not in Mexico.
Shaw from Canada is your other option if you want a smaller dish size but the programming is a tad different. DISH Mexico doesn't carry any US networks, so in that regard is similar to Sky Mexico. Some Cable operators in Mexico do provide US networks but that is on a case by case basis.
So if you want to keep Dish like you had before you will have to upgrade the size of the Dish to a 2.4 meter dish, your second option is Shaw Direct.
If you want more info email me and I can give you some contacts for the Shaw service.
There are other options if you want HBO, and other service less the networks, and also C band which requires a 10 or 12 ft dish like the old days. Don;t bother calling Dish since they will not help you at all.
Hope that helps.